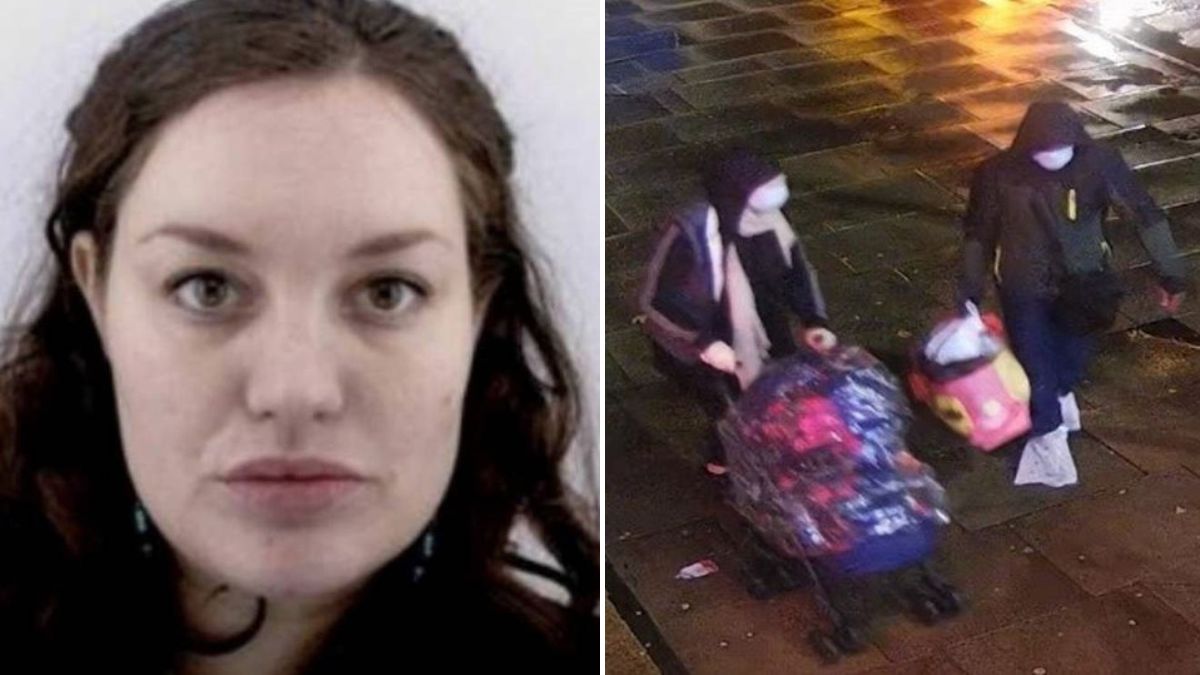 Concerns grow as a missing couple are believed to be sleeping in a tent with their newborn baby in the freezing cold.

Missing mum Constance Marten, 35, and her partner Mark Gordon, 48, are believed to be sleeping in a tent in the freezing cold temperatures with their newborn baby as concerns grow for their welfare.

The couple have been missing for several weeks with the most recent sighting of them captured on CCTV at Argos, on Whitechapel Road in East London, at approximately 6.19pm on Saturday January 7th.

The wealthy mum, estranged from her aristocratic family, and her registered sex offender boyfriend were spotted walking along the street with what appeared to be a trolley and bags of camping items.

Mark was seen going into the Argos store alone where he bought a blue two-man tent, two sleeping bags and two pillows, and paid for them in cash, according to police.

He then left the shop at 6.40pm and officers said the pair spent just over three hours walking around the Whitechapel Road area.

They tried to flag down three black cabs but were refused, they then walked away from the area, along Brick Lane towards Bethnal Green Road at around 10.01pm. The couple were then placed near East Ham Station between 10.30am and 12.30pm.

This was the last time the family were officially seen. Detectives have said that ‘Mark will often walk alone ahead of Constance and the baby’.

Detective Superintendent Lewis Basford, who is leading the investigation, said the family may be trying to ‘blend in with homeless communities’ or may be camping in more rural or wooded areas.

In an appeal for anyone with information to come forward, he said: “We are extremely concerned that a newborn baby – less than a week old at the time, on January 7th – has been exposed to sub-freezing cold temperatures if Mark and Constance have been camping out somewhere, as our evidence suggests.

“No child, especially a tiny, newborn baby, should be forced to endure such dangerous, potentially life-threatening, conditions. This is why it is absolutely vital that anyone with information about their whereabouts contacts us as a matter of urgency – whether it is with a recent or older sighting.”

Going on to highlight the importance of vital information, he added: “Every piece of information is crucial to enabling us to find the baby and ensure it is okay. My officers will continue working tirelessly behind the scenes to piece together the family’s movements and current whereabouts.

“It could be that they are trying to blend in with homeless communities, either here in London or further afield, or they could be camping in more rural or wooded areas. They could be absolutely anywhere in the country. Please keep your eyes peeled, especially while you are out and about in waste ground or beauty spots, or while you’re walking the dog, and report any information, no matter how insignificant you think it is, to us.”

Greater Manchester Police initially launched a missing person investigation after emergency services were called to reports of a car which had caught fire on the side of the M61 near Bolton, on January 5th.

The burnt-out car, purchased just six days earlier by the couple, was discovered to be empty.

Placenta was found in the back seat of the couple’s vehicle by fire crews and police believe the baby was born in the car one or two days before the family went missing, according to the Manchester Evening News. The probe was then passed on to The Metropolitan Police.

Constance is believed to have access to substantial resources and is the daughter of Napier Marten, a former page to the late Queen Elizabeth II.

Mark is a registered sex offender. His conviction relates to a Florida attack on a woman in her early 20s when he was 14. He served 20 years in a US jail for rape and battery.