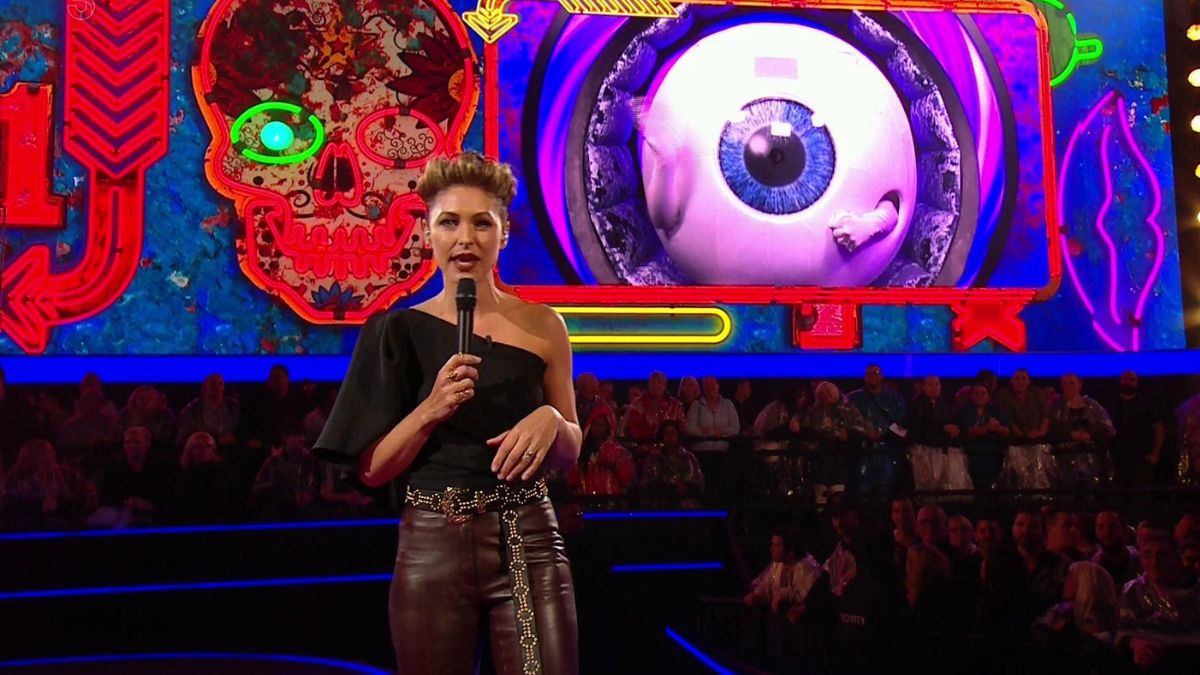 Last week, ITV confirmed it will be bringing the famed reality series back to screens once more, with the series going ‘back to basics’ on ITV2 next year.

Much like the former seasons, ‘housemates’ from across the country and all walks of life will be homed in a brand new Big Brother house, with the eyes of the nation watching their every move across a six week period.

According to the show release, ‘the action will all play out under the roof of the iconic Big Brother house, which will be given its own contemporary new look ready for this reimagining of the show.’

While further details surrounding the new show have remained tightly under wraps, TV insiders have today told Politicalite that a new Big Brother House ‘fit for the Love Island generation’ is being built at Bovingdon Airfield in Hertfordshire.

The site, owned by ITV, has been a popular filming location for years, with it being used for Dancing on Ice since 2018 after Elstee Studios became unavailable.

The BBC also used the location to film series one and two of Michael McIntyre’s The Wheel and in 2019, it was used for a television adaptation of A Christmas Carol.

It has also been suggested that live evictions will be making a come back, as will the weekly public voting.

An inside source told the outlet: “The new series will have massive live eviction shows like the reality juggernauts early days plus spin offs… The show will bring back weekly public voting meaning you decide once more.”

The infamous twenty-four-hour live feed will also be making a return thanks to the new ITVX Netflix-style streaming platform.

There has been no word on who will present the revived show.

Big Brother originally aired in 2000 on Channel 4, where it enjoyed ten successful years until its axe in 2010. Channel 5 temporarily revived the show the following year, but that too faced the chop seven years later in 2018.

Reports back in April suggested the revived Big Brother would replicate the success of ITV2’s smash hit dating series Love Island, with the aim to open up to a legion of younger fans.

‘She was forced into this horrible situation.’ 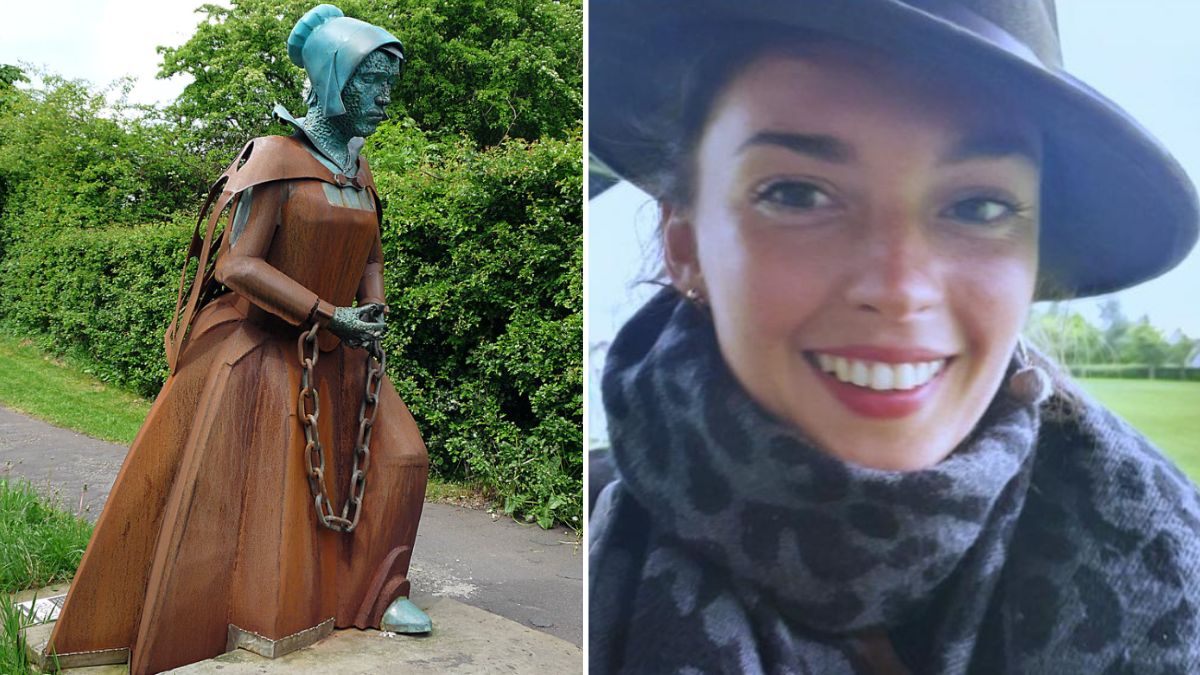 A woman from Greater Manchester is making a short film about the infamous Pendle Witch Trials with filming now underway.

Emma Swinton, 37, from Barrowford in Bolton will make the film, based on the true event which took place in 1612. Eleven people went to trial — nine women and two men — and ten were found guilty of witchcraft and executed by hanging – one was found not guilty.

Emma’s short film will take a closer look at the life of nine-year-old Jennet Device, who was a key witness in the trials and many historians argue her testimony led to the death of her family members and neighbours.

Emma’s film, which is currently untitled, will offer the audience a more sympathetic look at Jennet’s life.

Speaking to The Bolton News about her film, Emma said: “The film will be centered around the story of the Pendle witch trials but not as everyone knows it. The story of Jennet Device really interested me. I feel like she was misunderstood.

“She was a child, didn’t have any legal help, and was taken away from her family. I can’t believe any child would stand up in court and make claims that would get their family members killed.

“She was forced into this horrible situation.”

The film will be told through the eyes of a fictional staff member and Emma hopes it will portray the ‘sense of the injustice and coercion’ that could have been happening in English courts at the time.

She continued: “Through the film I want to explore the fear women may have felt at that time, wondering if they would be next to be accused. I want to give people a different perspective on the story. We have the facts but where is the human side of this historical story?”

Emma added: “Ever since I was a teenager and dreamed of being a film maker, this is the film I wanted to make. It’s been a long time in the making and I’ve done years of research.

“I am more excited than stressed. I feel really organised. It’s a lot of work but I am feeling really together. Everyone is so lovely and enthusiastic and understands the reason why we are making the film.”

It is not yet known when the movie will air but camera crews are set to descend on various filming locations, including Pendle itself and across the border in Yorkshire, starting this week.

On August 20th 1612, the 10 condemned prisoners, including all of Jennet’s family and some of her neighbours, were taken to the moors above the town —still known as Gallows Hill — and hanged.

‘I’ve got so many unanswered questions!!! #HappyValley.’ 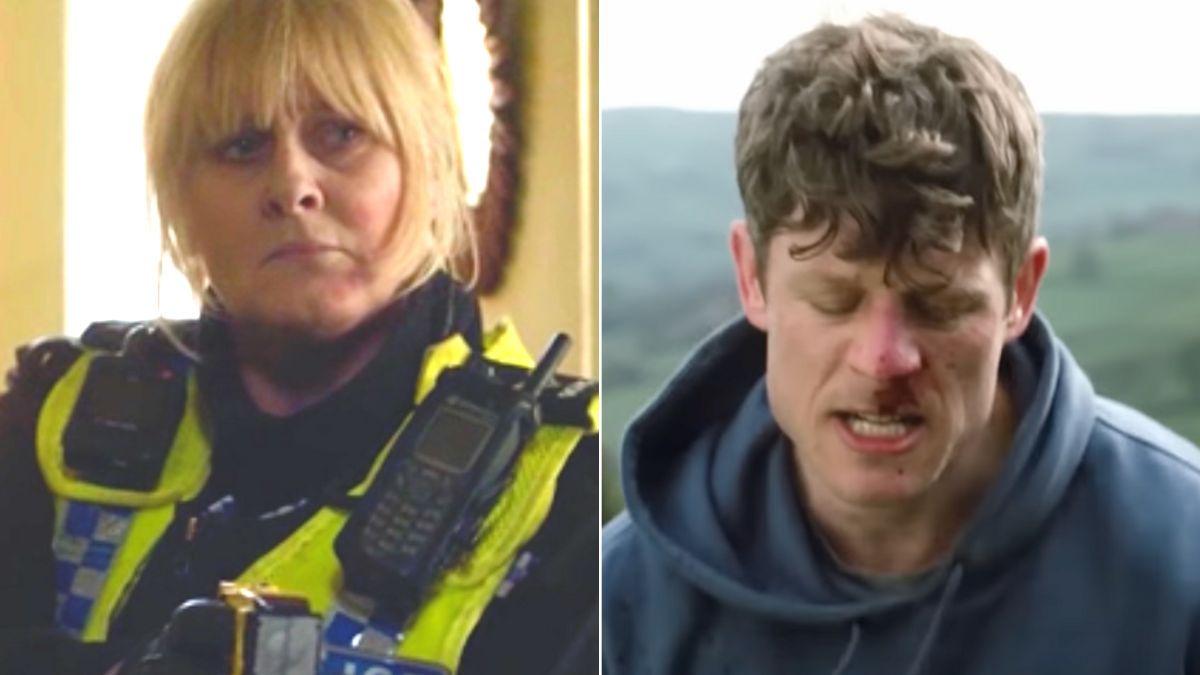 Many Happy Valley fans who tuned in for the gripping BBC crime drama’s final ever episode said they were left with ‘so many unanswered questions’ as the rolling credits came in.

In the final episode we saw no-nonsense copper Sergeant Catherine Cawood work her final shift on duty before her retirement.

But as the final credits rolled, many were left bewildered as they still had ‘so many unanswered questions’ when the series came to an explosive end on the evening of Sunday, February 5th.

Fans watched as Sergeant Cawood came back to her home to discover that someone had broken-in, knowing evil criminal Tommy Lee Royce was still on the run. As she carefully entered her home, she asked, ‘hello?’ to which Royce replied, ‘hiya’ as he sat at her kitchen table, and their final stand-off was on.

Royce knew his rampage had finally come to an end. Surrounded by family photo albums he had a heated exchange with his enemy as he washed down a handful of painkillers with bottles of spirits, with Royce finally setting himself alight in the ultimate crescendo.

After a dramatic last day on the job, we see Cawood back in the office packing up her belongings as she solves the murder of Joanna Hepworth, after her friend Alison traced back some prescription pills to pharmacist Faisal Bhatti. Joanna’s abusive PE teacher husband is revealed to be a predatory groomer and gets locked-up for having indecent images on his computer.

But viewers felt there were still many unanswered questions: what eventually happened to dodgy pharmacist Faisal and was he charged with the death of Joanna; how will Ryan deal with the death of his biological dad Tommy Lee Royce; or why did PE teacher Rob Hepworth’s daughter never take her coat off?

Taking to social media, fans of the show needed to share their burning questions.

@_LauraHowells tweeted: “Too many unanswered questions left hanging. Why did the little girl never take her coat off? Will they connect the dodgy pharmacist to the suitcase death? How will Ryan deal with TLR death? Gahhh.”

A second fan, @alicewellsx wrote: “I’ve got so many unanswered questions!!! #HappyValley.”

And, a third fan, @abbie_threlfall posted: “All the unanswered questions though what happened to Ryan, why the child always wore a coat? Will Claire get a new crochet blanket? #HappyValley.”

With @Hann3529 also adding: “Why does the daughter always have her coat on? What happened to Nev and the holiday? What’s the situation with Neil? Ryan’s reaction to TLR death? So many unanswered questions.”

‘Sally Wainwright’s exceptional dialogue didn’t let up for a second as she concluded a story that has spanned almost a decade.’ 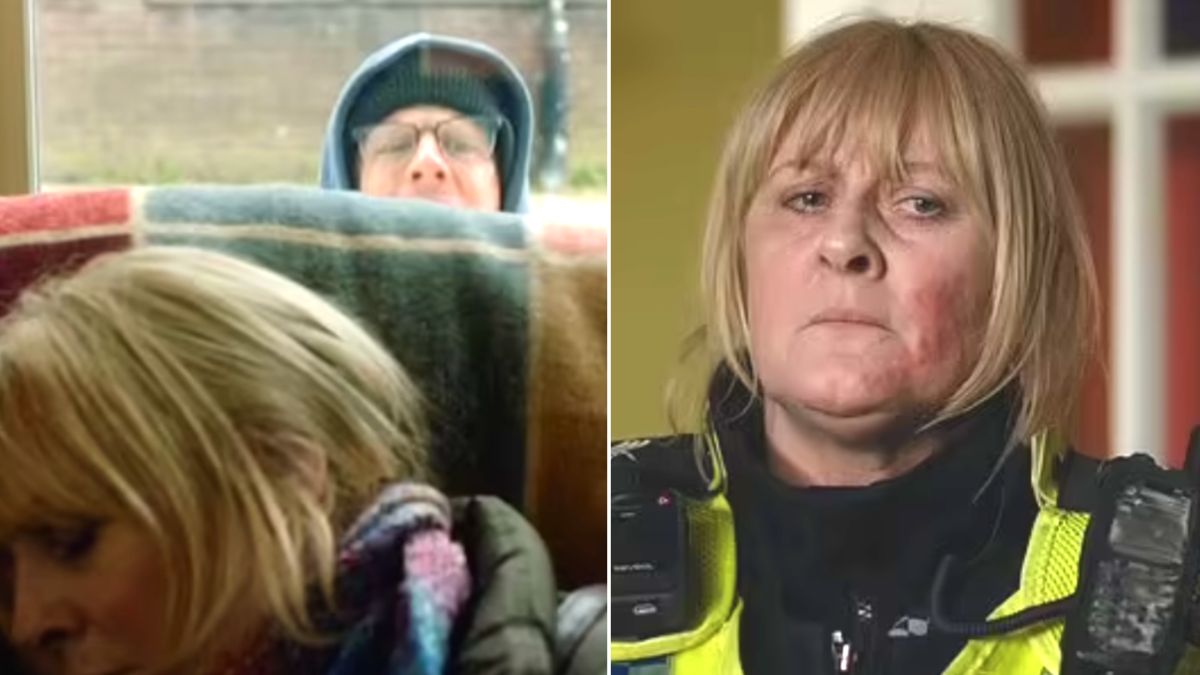 Last night Happy Valley fans tuned in to watch the season finale, calling it ‘sensational’ and a ‘masterclass’.

The third and final series aired on Sunday evening at 9pm as fans across the nation tuned in to see how the gripping BBC drama would finally end, after weeks of speculation. After nine years and three series, with a 120 minute final episode, they were not left disappointed.

Both TV critics and viewers praised the conclusion to the hit show written by Sally Wainwright as they described it as a ‘sensational end to a truly great drama’ and a ‘heart stopping triumph’.

TV critic Lucy Mangan from the Guardian called the final episode ‘brutal, tender, funny, compelling and heartbreaking to the last’ in her five-star review.

The Telegraph’s Anita Singh called it ‘a finale of understated, heartbreaking brilliance’, as she said: “Not since Line of Duty has a drama finale been so eagerly awaited.

“Thankfully it didn’t end like Line of Duty,” Singh added, referring to the divisive conclusion of the other police drama’s latest series. “Instead, show creator Sally Wainwright delivered an ending that satisfied.”

Singh added that the scriptwriter did ‘challenge our perspective’, although she ultimately decided the finale ‘was not the most gripping episode of this series’ as she continued: “For heart-stopping drama, Royce’s escape from court was the high point.

“But it showed everything we loved about Catherine Cawood: Her toughness, her vulnerability, her sense of humour.”

Actress Sarah Lancashire has been praised for her straightforward, no-nonsense, and witty portrayal of Sergeant Catherine Cawood, likewise has James Norton for his portrayal of the evil criminal, Tommy Lee Royce.

Mangan said of the pair, ‘Separately, they are brilliant. Together, they are invincible.’

For the West Yorkshire-set show’s finale, Wainwright delivered ‘neat but truthful resolutions to every part of the story,’ as the critic added that the swansong ‘had redemption, justice, bitter laughs and fire in its blood’.

At the Shoulder of Mutton pub – which is in the centre of Hebden Bridge and featured briefly in season two – held a final episode viewing night, with a huge serving of Yorkshire puds for everyone to tuck into as they sat perched on the edge of their seats.

As reported by the BBC, Landlady Lesley Wood called it the ‘most dramatic TV since JR was shot,’ as she referred to the famous 1980 storyline to the US show Dallas.

The finale is expected to have attracted big ratings. The first episode of the third series has now been watched by more than 10.5 million people, including on live TV on New Year’s Day and on BBC iPlayer since.

The i Newspaper’s Rachael Sigee also said: “Sally Wainwright’s exceptional dialogue didn’t let up for a second as she concluded a story that has spanned almost a decade.”

Fans took to social media to give their five star reviews as well as the critics. James Topham tweeted: “‘We’ve had another bit of a tussle. I won.’ Was Shakespearean.”

With Fern Britton writing: “So emotional and tense and beautifully written and performed. Wholly satisfying.”

Emily Benn added: “Just Give Sarah Lancashire the awards now. All of them. In a different universe”.