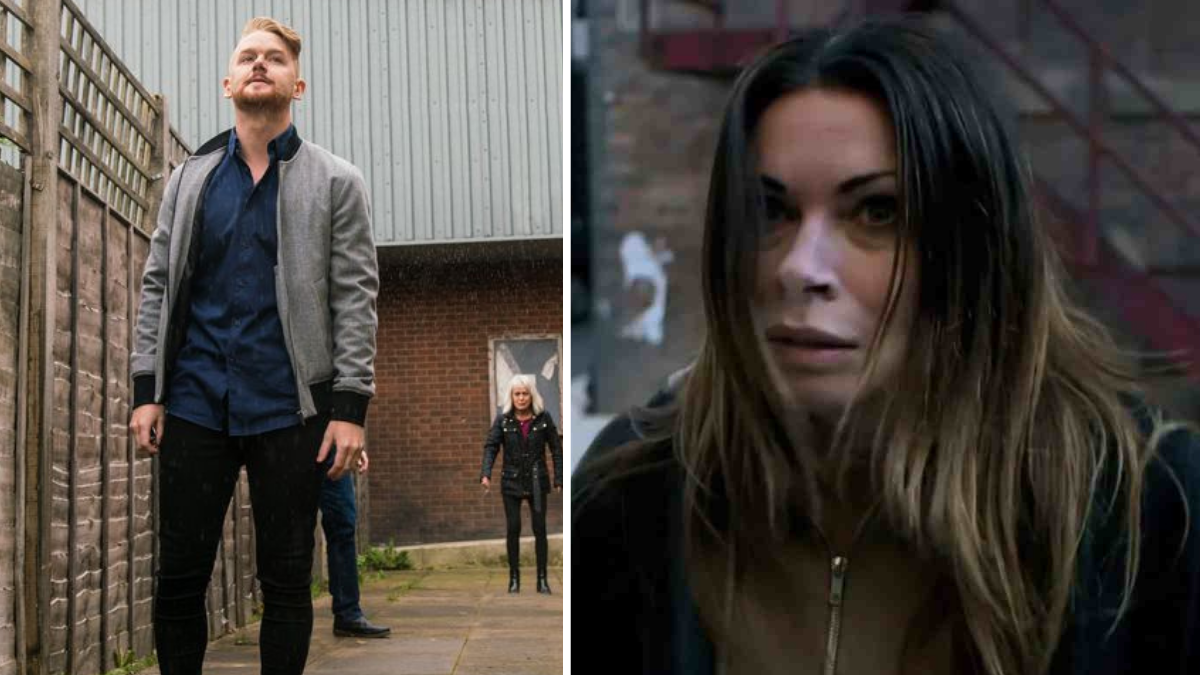 Coronation Street will be running a series of darker post-watershed episodes next week, ITV has confirmed.

The Manchester-based soap, which has been running for over seventy years, usually airs its episodes during the 7:30pm and 8:30pm slots but, during the half-term week, the times will be getting pushed back thanks to the ‘darker’ story lines.

Normally, the Britain’s Got Talent live semi-final and final episodes would air in these slots during half-term but, considering BGT was cancelled due to difficulties from the pandemic, it has been replaced by the Masked Dancer, which is airing every day apart from Wednesday.

The week will kick off with an hour long episode on Monday, followed by half an hour shows on Tuesday, Thursday and Friday, all airing at 9pm. 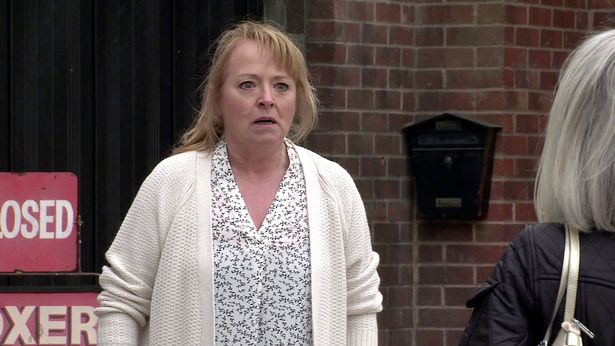 And what can viewers expect from these grizzly episodes?

Well, the dramatic week will be following up on the brutal shootout involving Gary Windass as he manages to uncover the truth behind Sam’s kidnapping.

Jenny is also suspicious of Sharon Bentley, who was involved in organising Sam’s kidnap for her nephew Harvey, played by Will Mellor.

But Sharon is aware that Jenny is onto them and realises she needs to up her game, so begins quizzing Toyah about Leanne’s latest visit. 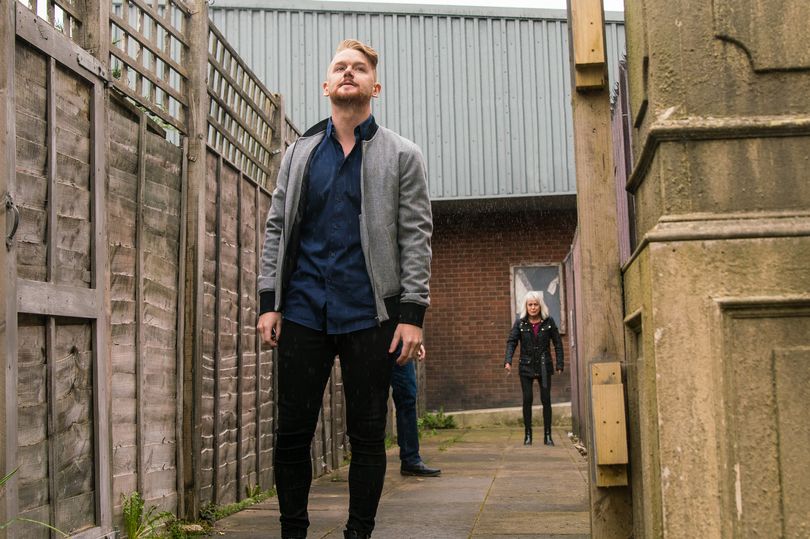 Meanwhile, Natasha ends up confronting Gary as she accuses him of being the one to hire the man with a van who kidnapped Sam, but Jenny is intrigued to find out that it was Sharon who hired it, and when Jenny voices her suspicions to Ronnie, he reveals that he overheard Sharon speaking to Toyah about Leanne.

Gary spots the van used for the kidnap outside the Kabin and he forces it open, demanding that Rita phone the police as he goes after Sharon.

Yet, the driver pulls out a gun and a shot is fired, leaving Gary’s life hanging in the balance.

It’ll be a big week of Corrie, to say the least.

Coronation Street continues on Friday at 7:30pm on ITV.

‘We will never stop banging the drum for MND until we find a cure.’ 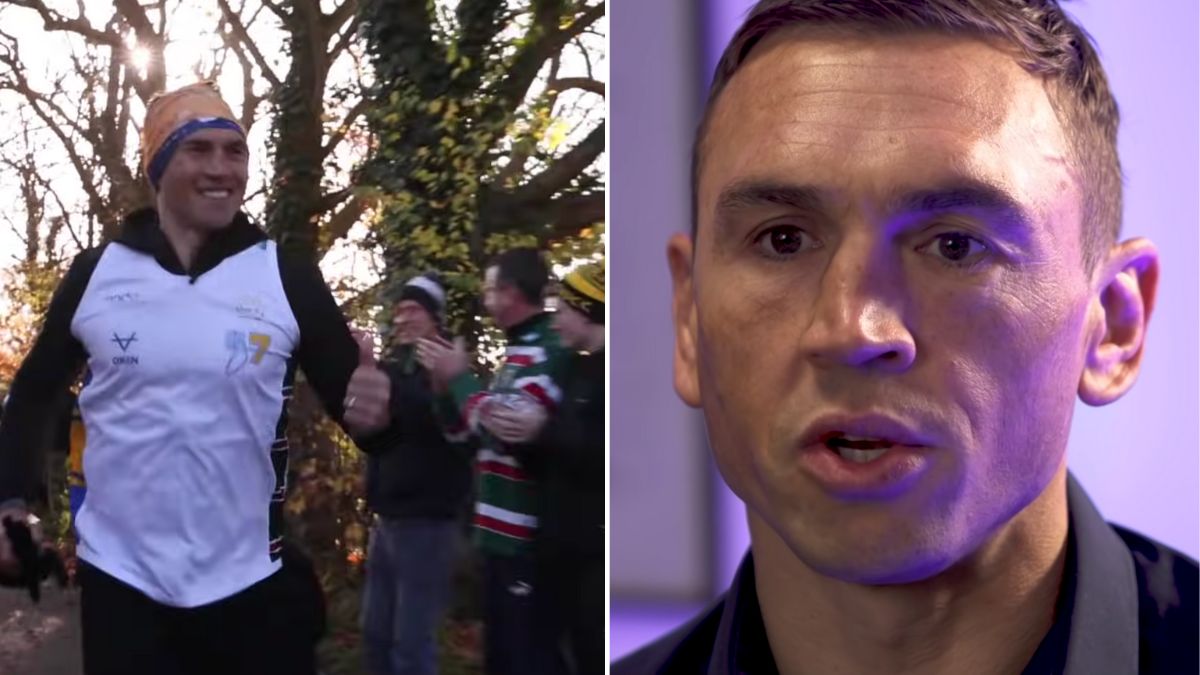 A new documentary will air on the BBC chronicling the ‘incredible journey’ of Kevin Sinfield and his fundraising efforts.

The documentary, Kevin Sinfield: Going the Extra Mile, will air on BBC2 in early February and follows Kevin on his journey through gruelling athletic challenges to raise money for charities helping people affected by motor neurone disease (MND), including his former Rugby League teammate Rob Burrow.

The pair played together for Leeds Rhinos but on December 19th 2019, Burrow announced that he had been diagnosed with Motor Neurone Disease (MND). In 2020 he was appointed MBE in the New Years Honour list for his services to English Rugby League and for his efforts in helping the MND community.

His friend, Kevin Sinfield, who is the defence coach for England National Rugby Union, began his journey in 2020, when he ‘just went for a run for a mate’ to support MND charities and raise awareness of people living with the disease.

He pushed himself physically and began the challenge of running seven ultra-marathons in seven days, covering around 40 miles a day — which he completed in 2022.

Finishing at Old Trafford at half time in the Men’s Rugby League World Cup Final, Kevin raised more than £7 million pounds through his challenges, and was awarded an OBE by Duke of Cambridge (now HRH Prince William of Wales) and also received a standing ovation and special award at the BBC Sports Personality of the Year ceremony in Salford.

The documentary will show never before seen footage of each of his challenges, and an exclusive first chat with him after getting his new role in the England coaching team, as well as more intimate moments with his friends, family and hundreds of supporters as he runs through towns and cities across the UK.

The programme also features some of the people living with MND who have been helped and supported by his work. It also highlights Kevin’s extraordinary dedication to help those affected by MND, and offers an insight into how this journey has changed him personally too.

This year he’s been thrown further into the spotlight as he’s been named the defence coach of England’s Rugby Union team ahead of the World Cup and Six Nations championships. The team sits down with Kevin ahead of his busy schedule, for an exclusive first interview on what his future looks like and if he will continue his fund raising efforts for MND.

Kevin Sinfield said: “When we set out on the first challenge back in December 2020, we just wanted to help a friend who had found himself in the toughest imaginable position. With a young family of three children under the age of 10, he had been handed a life ending MND diagnosis and worse still, like so many, was then locked in his home as we battled the impact of Covid 19.

“What started out as a way to help a friend became so much more over the course of those first seven marathons in seven days and has grown incredibly over the subsequent two challenges of the Extra Mile and the Ultra 7 in 7.

“I think everyone can imagine what they would do for their friend in the same position and the overwhelming support has shown that we are a nation who cares about people who are facing their own adversity.

“I am proud to be part of the MND community, the people who are living with the impact of MND who I have been privileged to meet since 2020 inspire me every day and we will never stop banging the drum for MND until we find a cure.”

Richard Frediani, BBC Breakfast Editor, added: “Kevin’s determination to help his friend was obvious from the day he set off on his first challenge, and it was a huge honour for the BBC Breakfast team to be able to follow him closely on his journey.

“This documentary highlights how far Kevin has pushed himself to help not only his friends but the thousands of others affected by the disease, it also shows how the last three years have changed him as a person too.

“We’ve followed him so much he feels like part of the family, and we’re happy to be able to show another side to this extraordinary human being.”

Kevin Sinfield: Going the Extra Mile will be shown on BBC Two and BBC iPlayer on Friday, February at 7pm.

He shared an update on his cancer treatment from his hospital bed. 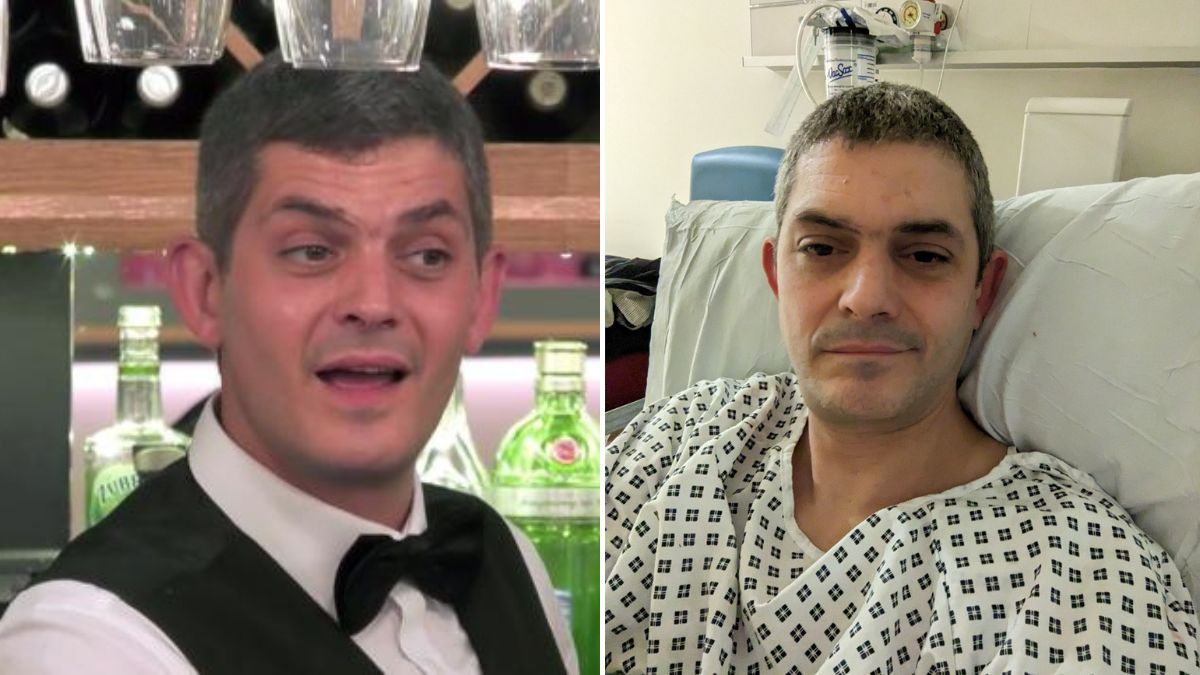 Star of the hit dating show First Dates, Merlin Griffiths, shared an update from his hospital bed after having his stoma bag removed while being treated for cancer.

He shared a post on his Instagram account to ‘update’ fans after coming out of surgery to have his stoma bag removed in his final treatment for cancer.

Merlin can usually be seen serving up the drinks to potential couples as they nervously await their blind date, and chats to them making them feel at ease on the reality dating show.

Merlin underwent surgery in April of last year and faced a setback in September, but in his recent post shared on Monday he told followers that he was in the final stage of his cancer treatment.

In the positive update, he said: “Ouch. Time for a nap. Surgery done, tomorrow is a new day. Things start happening properly once I fart! I hope it’s soon because I’m very hungry.

“Feels weird looking down and not seeing a #stoma. My hands keep feeling for my bag to see how full it is and it’s coming up empty!!”

Adding:“My thanks to our amazing @nhsengland for their care. X”

Merlin also confessed that his comfort teddy, which was with him before his surgery and also had a stoma bag, had gone to a new home, saying: “Lastly, the @buttonybear is winging its way via the surgical team to a child with a stoma.”

Alongside the same image on a Twitter post, Merlin wrote: “Gosh, it’s very odd knowing all my insides are actually inside me again after nine months of a #stoma.

Chef Marcus Bean was among the first to respond to Merlin’s update, writing: “Wishing you a speedy recovery, keep pushing mate, you’re doing amazing! Can’t wait to see you on our screens behind the bar doing an amazing job as always.”

And, a fan wrote: “Great to see you and the updates you are sharing I was diagnosed two weeks before Christmas with bowel cancer and go into hospital tomorrow for my op. I don’t feel so worried now you have posted this.”

Fans spotted something ‘mad’ in the final scene. 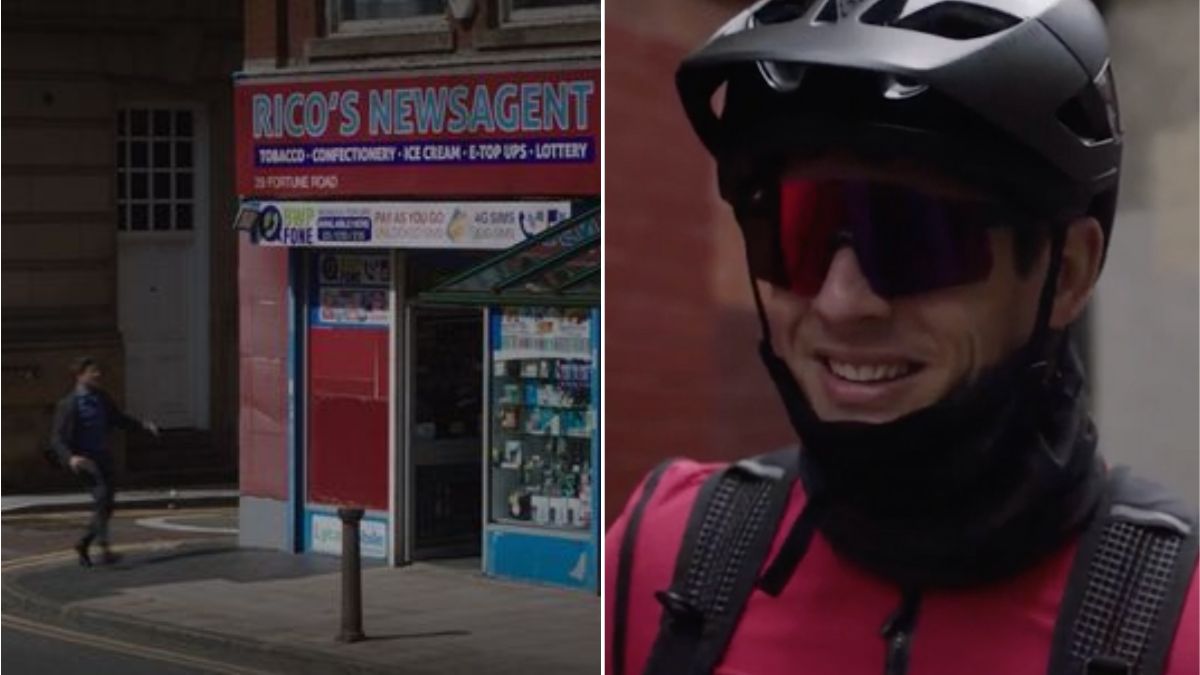 Viewers of hit BBC drama Happy Valley took to social media as they spotted an issue in the final scene of the latest episode, which aired on Sunday evening (January 22nd).

Fans tuned in to watch the suspenseful episode, the fourth in the new series, which saw Tommy Lee Royce (James Norton) escape from court.

The show ended on yet another cliff-hanger and left viewers speculating whether Sergeant Catherine Cawood (Sarah Lancashire) and evil psychopath Tommy would meet again in the final episode of series three.

Tommy was in court to stand trial for the murder of Gary Gackowski, whose remains were washed up in a reservoir and discovered by Sergeant Cawood in episode one. 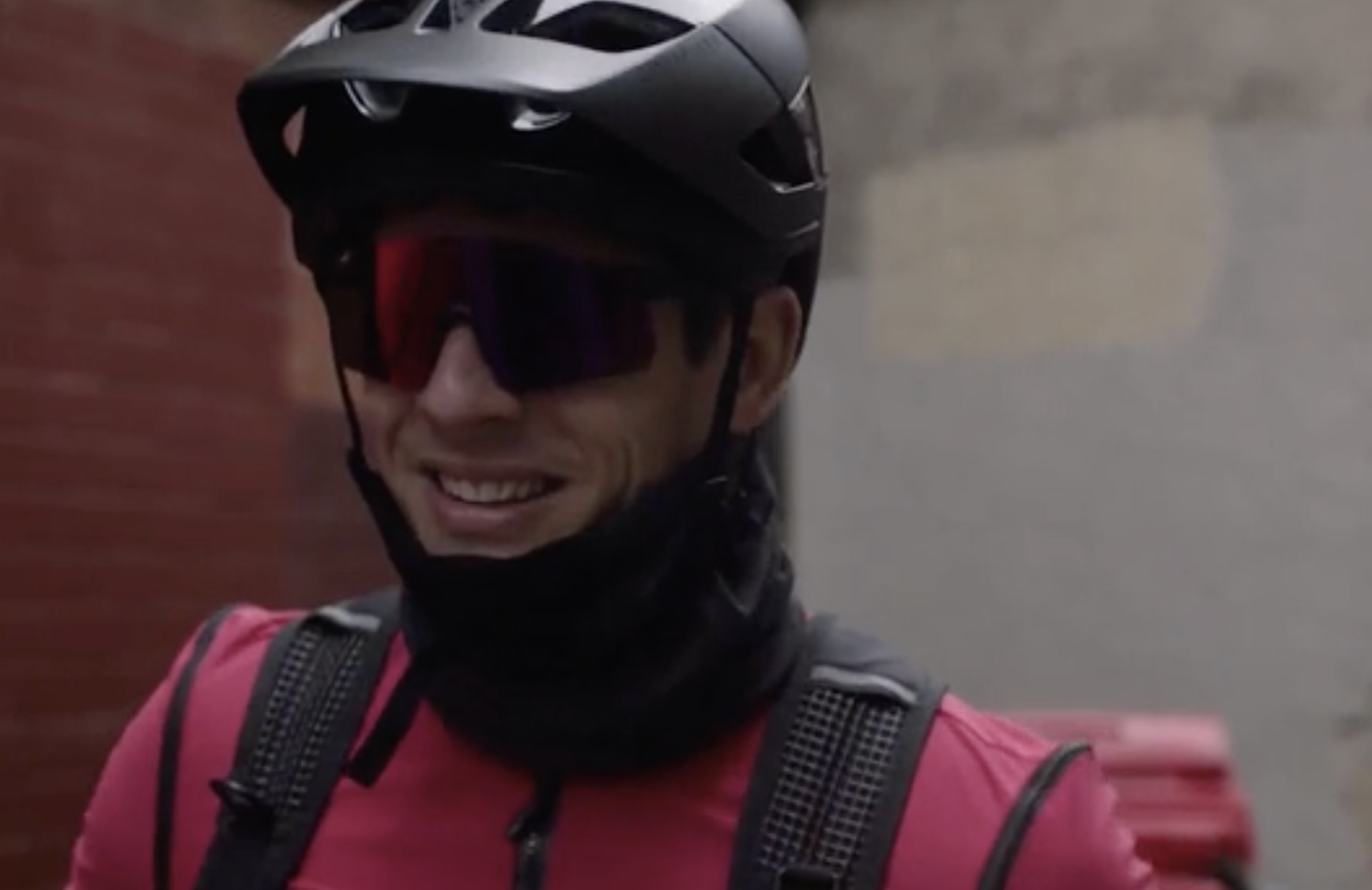 In the final moments, Tommy absconded from custody with the help of his gangland associates while a fight broke out in the Leeds courtroom halls – with the scene actually filmed in Bolton – as he made his escape by distracting security staff.

He cunningly shouted ‘I’m police’ while making a run for the doors and straight into a newsagents where he managed to disguise himself as a cyclist before heading back out into…central Leeds.

Fans are now wondering if there is yet to be a stand-off between him and Sergeant Cawood towards the end of the series. 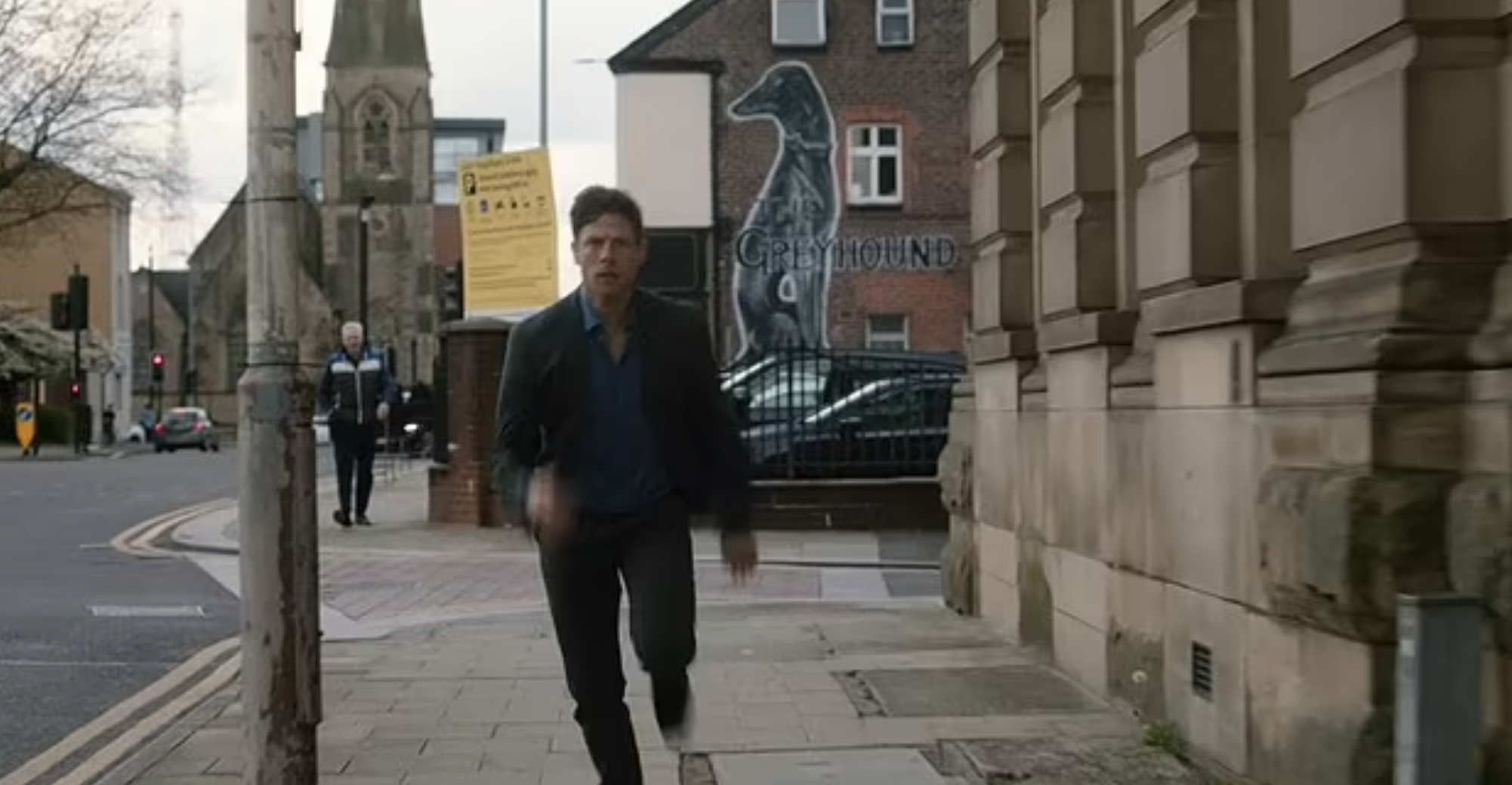 Spotting the blunder, one viewer wrote on Twitter: “Mad how Tommy escapes from Bolton but ends up in Leeds”.

A second wrote: “Tommy Lee Royce entering a newsagent in Bolton and exiting in Leeds. I’m never going to that newsagents.”

While a third joked: “The newsagents in Bolton has a portal to another town. Need to take a trip, will save me on train fare.”

Though it’s not the first time a continuity error like this has happened, as fans have been flocking to a cafe in Bolton where a dramatic scene took place between Sergeant Cawood and her sister, Clare Cartwright (Siobhan Finneran), despite the scene supposedly set in Sheffield.