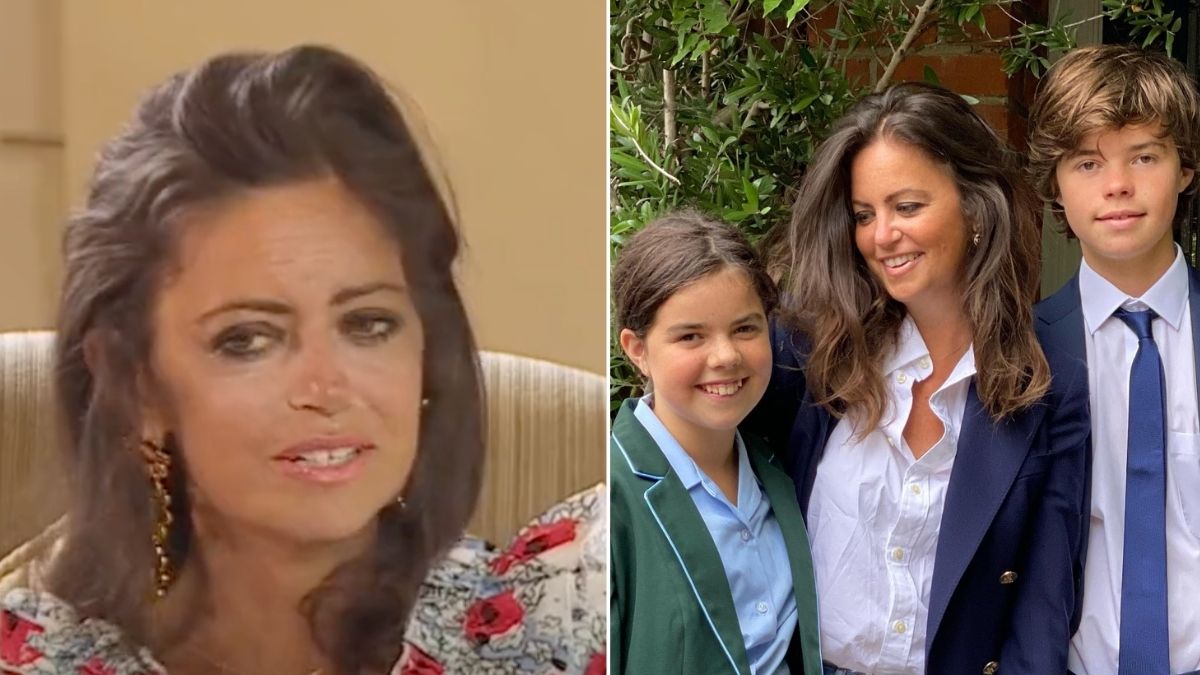 Podcaster and cancer campaigner Deborah James has opened up about her fear of dying and of not seeing her two children grow up in her heartbreaking final column.

After being diagnosed with stage four bowel cancer in 2016, the former deputy head teacher become heavily involved in charity work to raise money and awareness for cancer research, and grew a loyal fan base on Instagram, where she is known as Bowel Babe.

But on Monday evening, the mother-of-two shared the ‘message I never wanted to write’, announcing that her treatment had been stopped and she had been moved into hospice at home care.

Deborah is now spending her final days at home surrounded by her family and, last night, she wrote a lengthy and emotional ‘goodbye’ in her final column, where she detailed her fear of dying and not seeing her children – fourteen-year-old Hugo and twelve-year-old Eloise – grow up.

She wrote: “I do not want to die – I can’t get my head around the idea that I will not see my kids’ weddings or see them grow up – that I will no longer be a part of life that I love so much.

“I am not brave – I am not dignified going towards my death – I am simply a scared girl who is doing something she has no choice in but I know I am grateful for the life that I have had.”

Deborah went on to reveal that she and her husband, Seb, have made their children their own memory boxes, and have bought them gifts for certain key future birthdays.

In an emotional interview with BBC Breakfast this morning, Deborah spoke again of her children, saying she knows they are going to be ‘more than looked after’.

She said through tears: “I trust my husband… He’s just the most wonderful man. And so is my family. I know that my kids are going to be more than looked after and surrounded by love.

“My kids are going to be fine.”

On Monday, Deborah shared the heartbreaking news that her cancer treatment had been stopped, writing: “We have tried everything, but my body simply isn’t playing ball.

“My active care has stopped and I am now moved to hospice at home care, with my incredible family all around me and the focus is on making sure I’m not in pain and spending time with them.

“Nobody knows how long I’ve got left but I’m not able to walk, I’m sleeping most of the days, and most things I took for granted are pipe dreams.”

Deborah went on to ask people to ‘buy a drink for her’ by donating to her newly established Bowel Babe Fund, which raises awareness and money for charities close to her heart, including Cancer Research UK, Bowel Cancer UK and The Royal Marsden Cancer Charity.

At the time of writing, the Bowel Babe Fund has raised an incredible £3m. Donate for yourself here.

Deborah is best known as one of the presenters of the BBC podcast You, Me And The Big C, and her work with ITV on the No Butts Campaign, which spreads awareness and information on bowel cancer and its symptoms.

For more information on bowel cancer and the signs to look out for, visit the Bowel Cancer UK website.