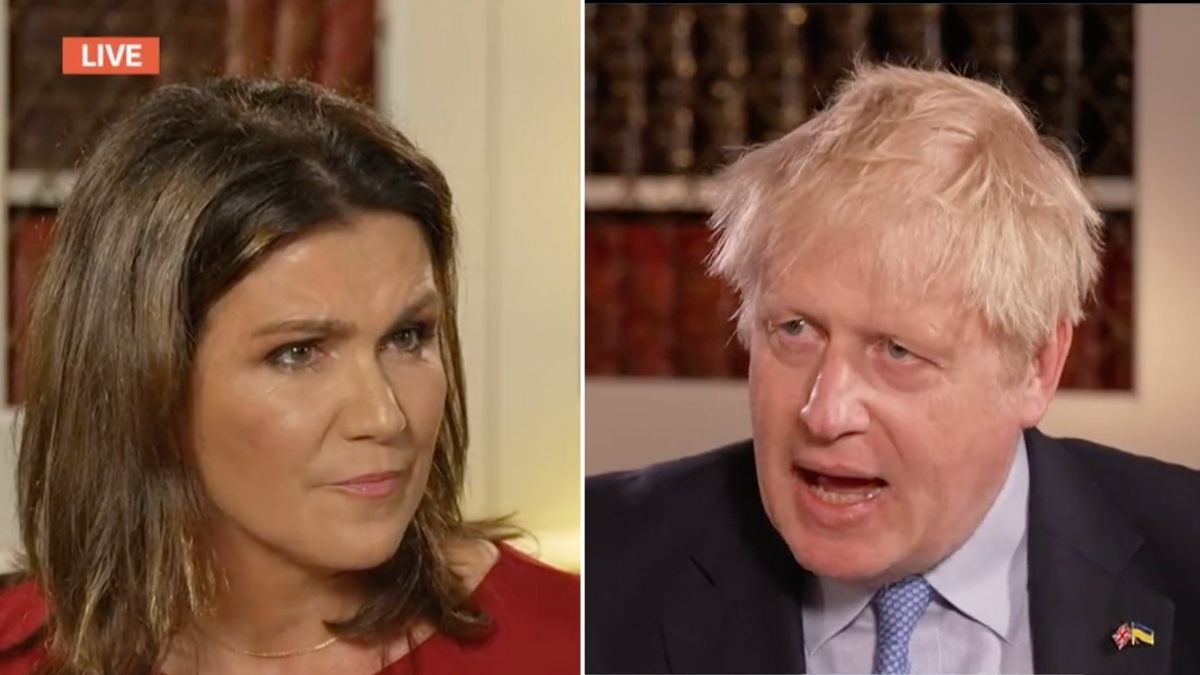 Boris Johnson has admitted the government has not done enough to alleviate the impact of the cost of living crisis for families and vulnerable people across the UK.

During his first interview with Good Morning Britain in nearly five years, the Prime Minister struggled to defend his party’s policies when grilled on a number of topics, including the situation in Ukraine and the ongoing ‘partygate’ scandal.

However, the main talking point of the tense interview was the ongoing cost of living crisis, which has seen the average household energy bill increase by £693 per year.

Host Susanna Reid, who had travelled to Downing Street to quiz Johnson in person, asked whether he believed he and his party were doing enough to help the British public with the rising costs, pointing out his refusal to impose a windfall tax on energy company profits, which are currently in their billions.

Reid explained: “It doesn’t help people right now who are paying their energy bills – which have gone up hundreds – to be told we need to leave that money to the energy companies, because they need to invest.

“That’s their job. Your job is to help people pay your bills.”

At this, Johnson replied: What we’re doing is helping people with the cost of energy… I accept that those contributions from the taxpayer aren’t going to be enough immediately to help cover everybody’s cost.

“Of course that isn’t going to be enough immediately to help cover everybody’s cost.”

And when asked by Reid if he would acknowledge that he is not doing everything he can do, Johnson admitted: “There is more that we can do. The crucial thing is to make sure we deal with the prices over the medium and long term.”

Reid then told Johnson about Elise, a seventy-seven year old GMB viewer who has cut down her spending by restricting herself to one meal a day, buying yellow sticker discounted items in the supermarket and riding the bus for as long as she can to stay out of the house.

At this, however, Johnson saw the opportunity to redeem himself by pointing out that Elise is able to ride the bus for free thanks to his Freedom pass scheme that allowed people over the age of sixty to use London buses for free.

He said: “I just want to remind you, the twenty-four hour freedom bus pass was something I introduced.”

Susanna replied: “Oh marvelous, so Elsie should be grateful to you for her bus pass?”

And despite stressing that he doesn’t want people like Elise to cut back on their spending, Johnson failed to articulate what further help could be offered in the future.

The government has faced intense criticism for how it has offered to help Brits cope with the cost of living crisis, including a £150 council tax rebate and a £200 energy bill discount, which will then have to be paid back over five annual £40 payments.

And while many experts believe the answer lays in a windfall tax on major energy firms, the government has so far refused to impose such a tax in order to ensure ‘future investments in British energy’.

According to The Guardian, BP’s profits more than doubled to £5bn in the first three months of the year – the highest quarterly profit in more than a decade – helped by soaring oil and gas prices.