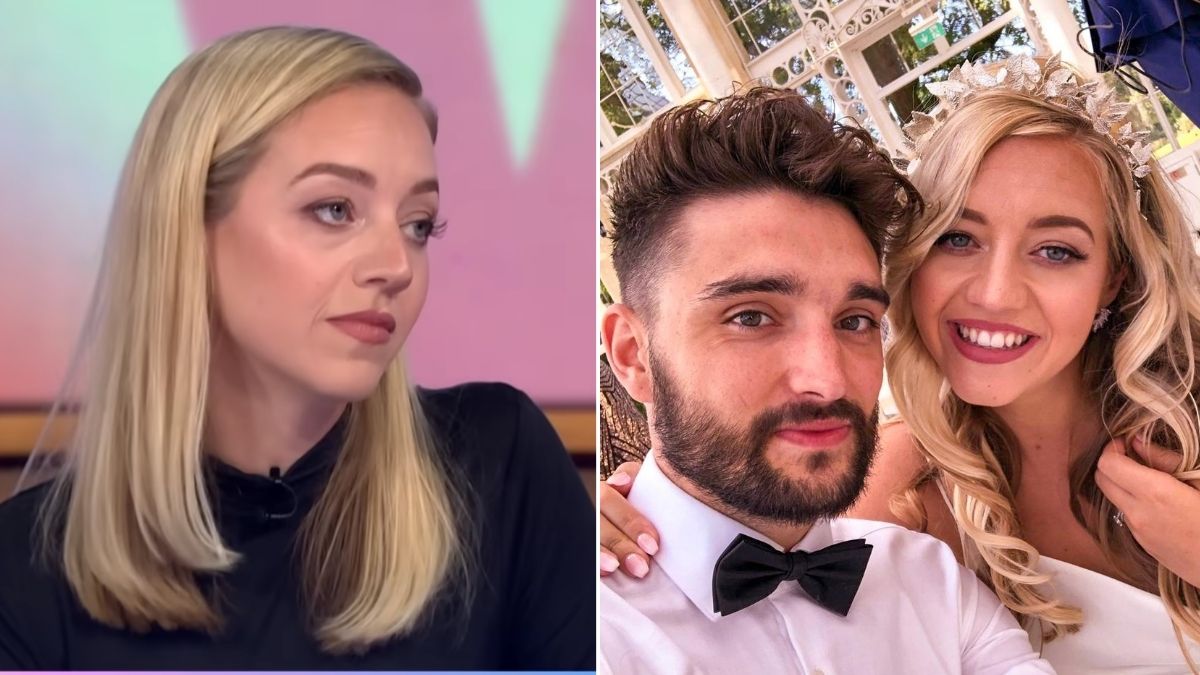 Tom Parker’s widow Kelsey has said she still talks to her husband as he ‘sends signs’ to show he is still with her.

Speaking on ITV’s Loose Women on Friday (May 6th), the grieving mother-of-two said that before Tom died from brain cancer, he had promised to send her signs to show he is still with her.

She also recalled another ‘sign’, saying: “I was sitting there on this bench, crying, when I looked up and this feather fell down from the sky.

“I knew straight away it was him. I kept that feather, I still have it in a little glass pot on my dressing table.”

She also admitted to still speaking to Tom, saying it is a ‘release’ to feel him with her.

“I do talk to him. I think that’s a release as well. To talk to him, and I can feel him there.”

Kelsey then opened up about how she has helped her children adjust to their dad’s death by being as honest as possible.

Speaking about her two-year-old daughter Aurelia, she said: “When Tom went into the hospice, she was really confused.

“I was leaving to go to the hospice and I just said to her, ‘I’ve got to go to make sure the angels take daddy, the angels are coming to collect him’, which is a really horrible conversation.

“The next day I had to tell her her dad’s dead. This is the advice I got – to be honest.”

Kelsey added that it is her children that gets her through each day, saying she knows she needs to stay strong for them.

“I feel strong, I’m just getting through each day.

“I have the kids. I have to wake up each day, I have to get on with it, just trying to be as strong as possible in a really difficult situation and time for us all.”

“I have to wake up each day and think ‘Right, come on, you can do it’. What would he want me to do? He wouldn’t want me to sit around crying. He’d want me to get on with it.”

She added: “And the kids obviously, they’re not sad. They wake up and they’re happy. ‘What are we doing today?’. We’re going to the park.”

The Wanted singer tragically died on March 31st, eighteen months after he was diagnosed with an inoperable brain tumour, leaving behind Kelsey and their two young children.

In the wake of his death, Kelsey created a fundraising page to ‘keep Tom’s memory alive forever’ via donations to charitable causes, as opposed to sending flowers and cards.

You can read more about the fundraiser and donate yourself here.