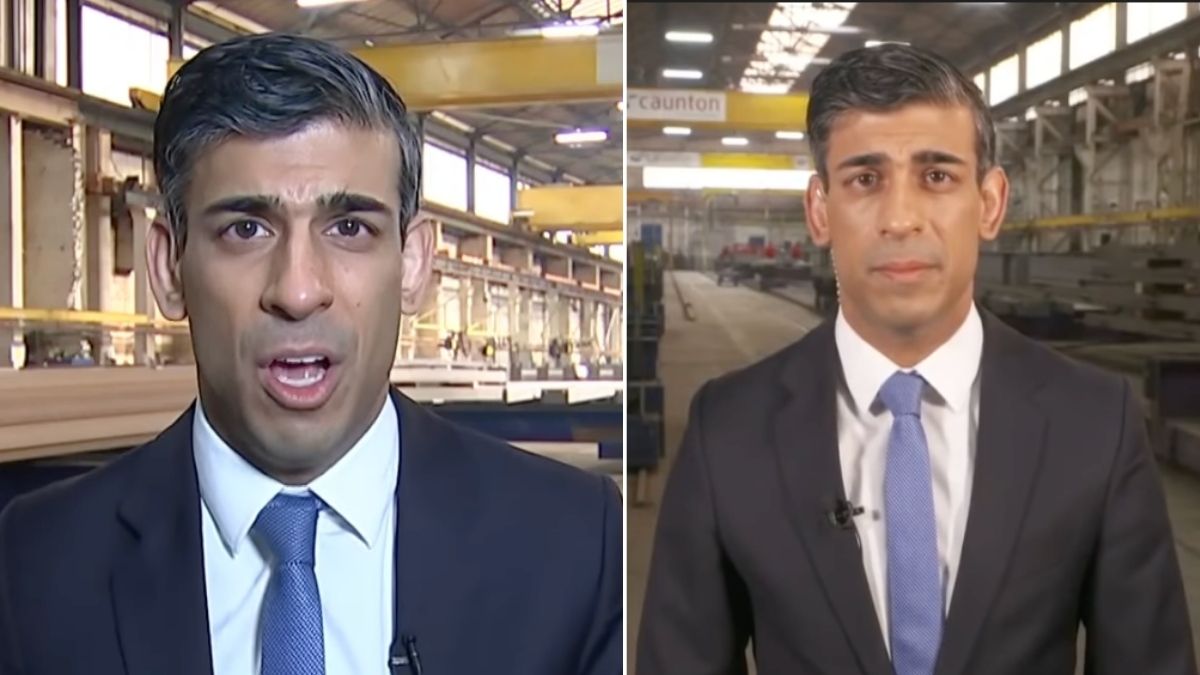 Rishi Sunak has been criticised for his ‘car crash’ Good Morning Britain interview which he seemingly attempted to end prematurely.

The Chancellor appeared on the ITV show live from a warehouse in Nottingham this morning to answer questions on yesterday’s spring statement announcement.

During the afternoon’s PMQs, Sunak unveiled a number of different measures that will be taken by the government to help the public with the looming cost of living crisis.

These measures include a 5p cut in fuel duty and an increase in the threshold at which people pay national insurance.

The government immediately came under fire for not doing enough to help the public with the rising cost of living, and this anger was only heightened by the Chancellor’s television appearance this morning.

From the get-go, Sunak repeatedly complained of various ‘sound difficulties’, which supposedly made him unable to hear a number of difficult questions by hosts Ben Shephard and Ranvir Singh.

When Singh said the country feels like ‘we’ve got a Chancellor who is playing politics with their lives’, Sunak’s response first came with an apology saying that it is ‘hard to hear properly.’

Elsewhere in the heated interview, the Chancellor also made various attempts to end his airtime prematurely – while Shephard was in the middle of questioning him, Sunak began cutting the host off by repeatedly saying ‘goodbye’.

And as the interview drew to a close, Sunak once again interrupted the presenters to say a hasty goodbyes, saying: “Thank you very much indeed for having me. Thank you so much, bye bye.”

Viewers were less than impressed with Sunak’s appearance, with one social media user writing: “This interview with @RishiSunak on @gmb is getting my back up. He doesn’t care about how people are going to live.”

Another commented: “Sunak with his usual interview techniques…. 1. ‘I didn’t hear all that question’ 2. Carry on talking to waste interview time 3. ‘Gotta go to my next interview.’ Running away is not a good look.”

And things didn’t get much better for Sunak, with him facing a different type of heat entirely by Sky News’  Jayne Secker, who later grilled him on his wife’s connections to Russia.

Addressing a story that claims Sunak’s wife Akshata Murthy holds a £500 million stake in a consultancy firm that operates within Moscow, Secker pointed out to the Chancellor: “It’s been reported that you have family links to Russia.

“Are you giving advice to others that you’re not following in your own home?”

At this, a visibly uncomfortable Sunak brushed off the accusations and replied: “My wife is not an elected politician and I’m here to talk about what I’m responsible for… My wife is not.”

And when Secker responded by pointing out that his family are seemingly benefiting from Putin’s regime while tax payers have been asked to support Ukraine, Sunak said: “I don’t think that’s the case.

“As I’ve said, the operations of all companies are up to them… I’ve nothing to do with that company.”

You can read more about the Chancellor’s full spring statement here.