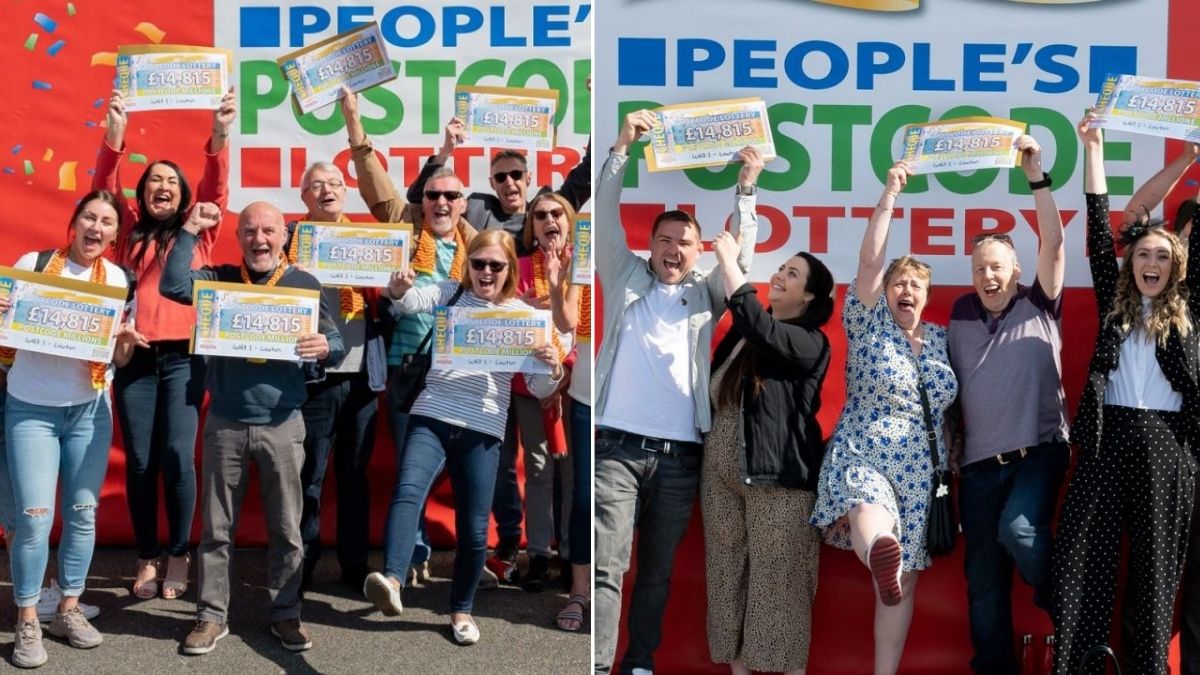 Over 400 neighbours in Wigan got their bank holiday off to a winning start after netting a share of £7.9 million in the People’s Postcode Lottery April draw.

The neighbours from Lowton won the lottery windfall after their WA3 1 postcode was selected as the winning address, with lucky players scooping cheques ranging from £14,815 all the way up to £59,260, depending on the number of tickets they played with.

The prizes were revealed at a special event at the Parsonage Retail Park on Saturday, April 30th, where families were able to pocket their winnings.

Couple Laura and Stephen, who won £14,815, told the People’s Postcode Lottery that their win came just days after finding out they were expecting twins. 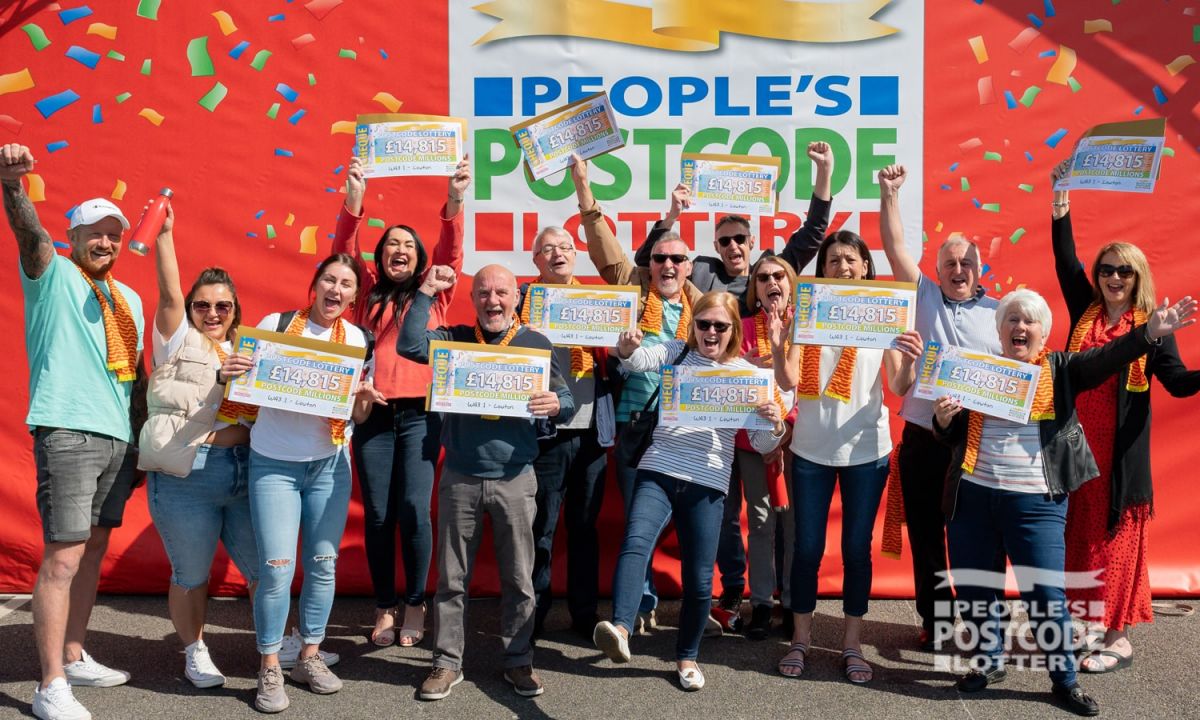 Laura said: “We only found out this week that it was a boy and a girl, and the day after we got that news, we received two letters saying we’d both won and could come and pick up our cheques… So, we’re having a good week!

“We’ve already got two children and now I’ve got twins on the way. It’s going to be amazing. This is for them.”

Also among the winners were also married couple, Susan and John, and their son, Chris, who shared winnings of over £120,000. 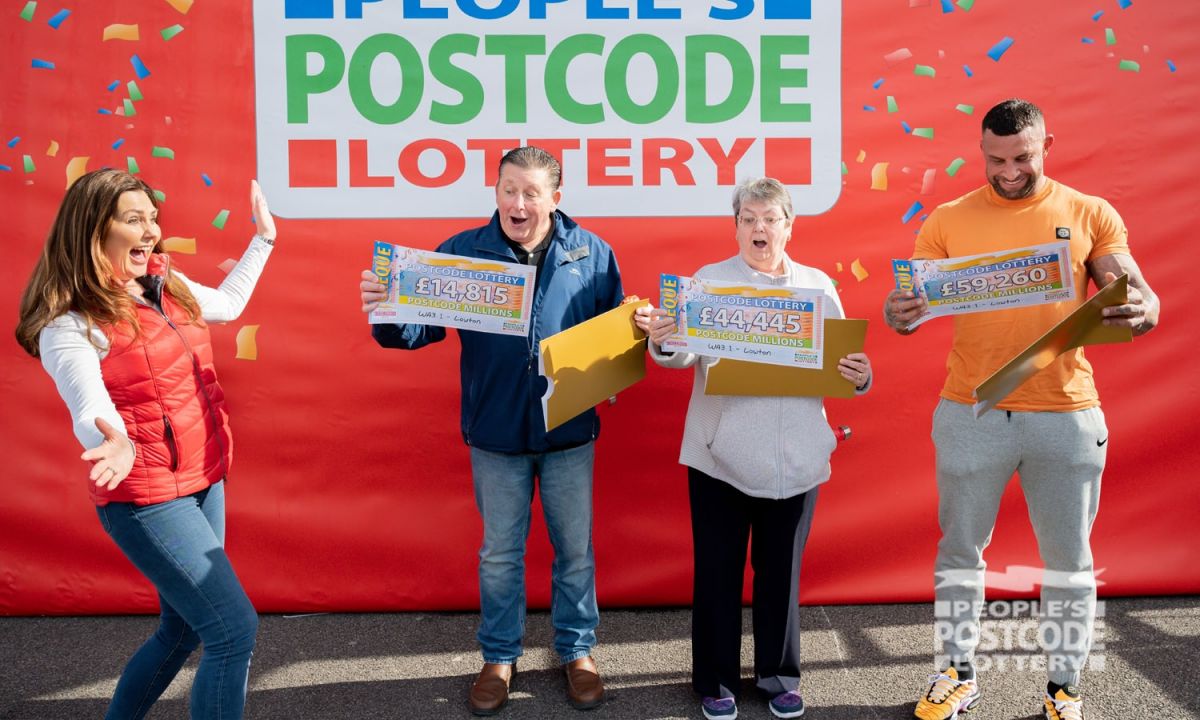 Susan hadn’t told her husband and son that she played People’s Postcode Lottery until they received an invite in the post. She said: “John and Chris didn’t know I played, and now we’ve all won. It’s been a day of shocks.”

And community carer Jan, who spent months fighting for her life in the Intensive Care Unit at Warrington Hospital, has vowed to donate a portion of her £14,000 prize to the ward.

Jan, whose daughter Suzanne also won a cash prize, said: “The staff were fabulous, I feel as though I owe a lot to them. The doctors put me in a coma and when I came around they helped me to learn to walk and talk again.

“My family were told I might only have a few hours left to live and to be stood here today, with my daughter, is incredible.” 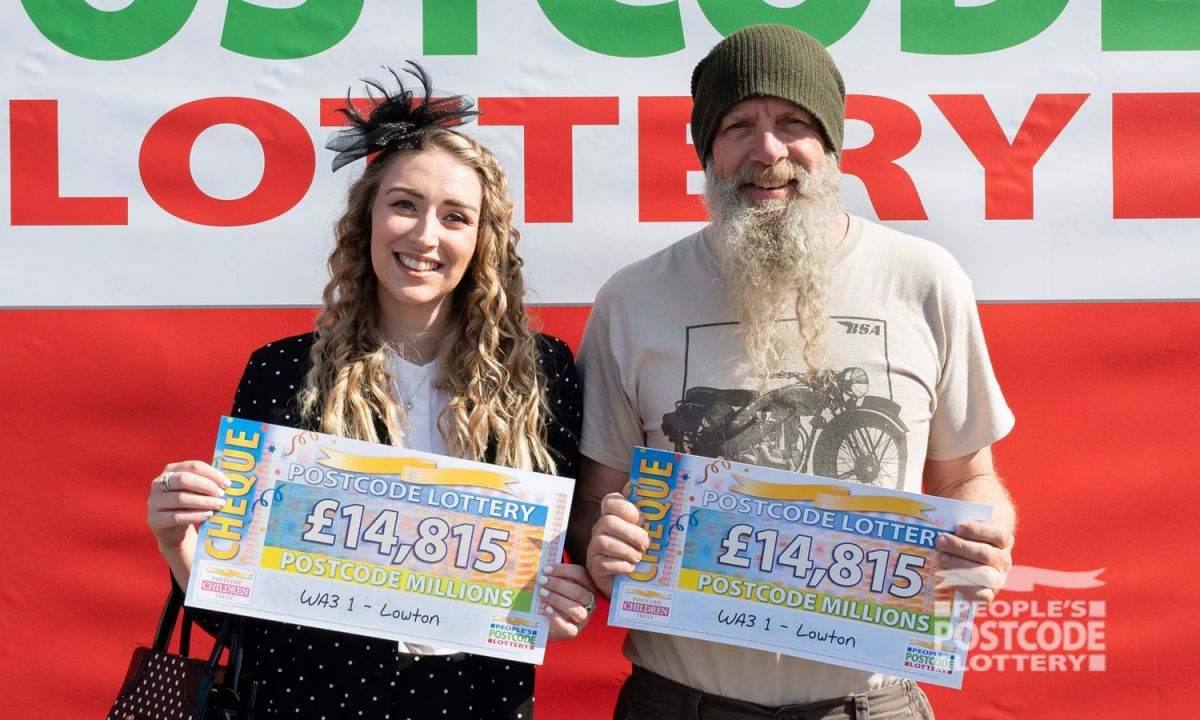 People’s Postcode Lottery ambassador Judie McCourt, who presented some of the winners with their prize cheques, said: “What an amazing way to start the bank holiday weekend for everyone picking up a cheque today!

“Neighbours winning together is what Postcode Lottery is all about, so it’s been really special to bring our lucky Lowton winners together and surprise them with lots of lovely cheques.”

The prize draw came as part of a draw promoted by the Postcode Children Trust, which funds charities that support children and young people, as well as provide opportunities within their communities.

Countless charities have benefited from the organisation, including Creating Adventures in Warrington, which received a grant of £11,434 to give adults with autism and learning disabilities the chance to partake in activities in the community.