A new petition is calling for Ant and Dec to be axed from their presenting roles on I’m A Celebrity… Get Me Out of Here! as a scathing letter emerges.

While the Geordie presenters have fronted the ITV reality show since its debut in 2002, some viewers are evidently not too impressed with the role they play in some of the infamous Bushtucker Trials, and are calling for them to be axed from the show entirely.

Animal rights charity PETA have published an open letter and petition that accuses Ant and Dec of being ‘complicit in cruelty to animals’ on the programme.

The petition, written by PETA’s Vice President of Programmes Elisa Allen, says the show sends a ‘message to viewers that you think animal abuse is not only acceptable but also entertaining’. 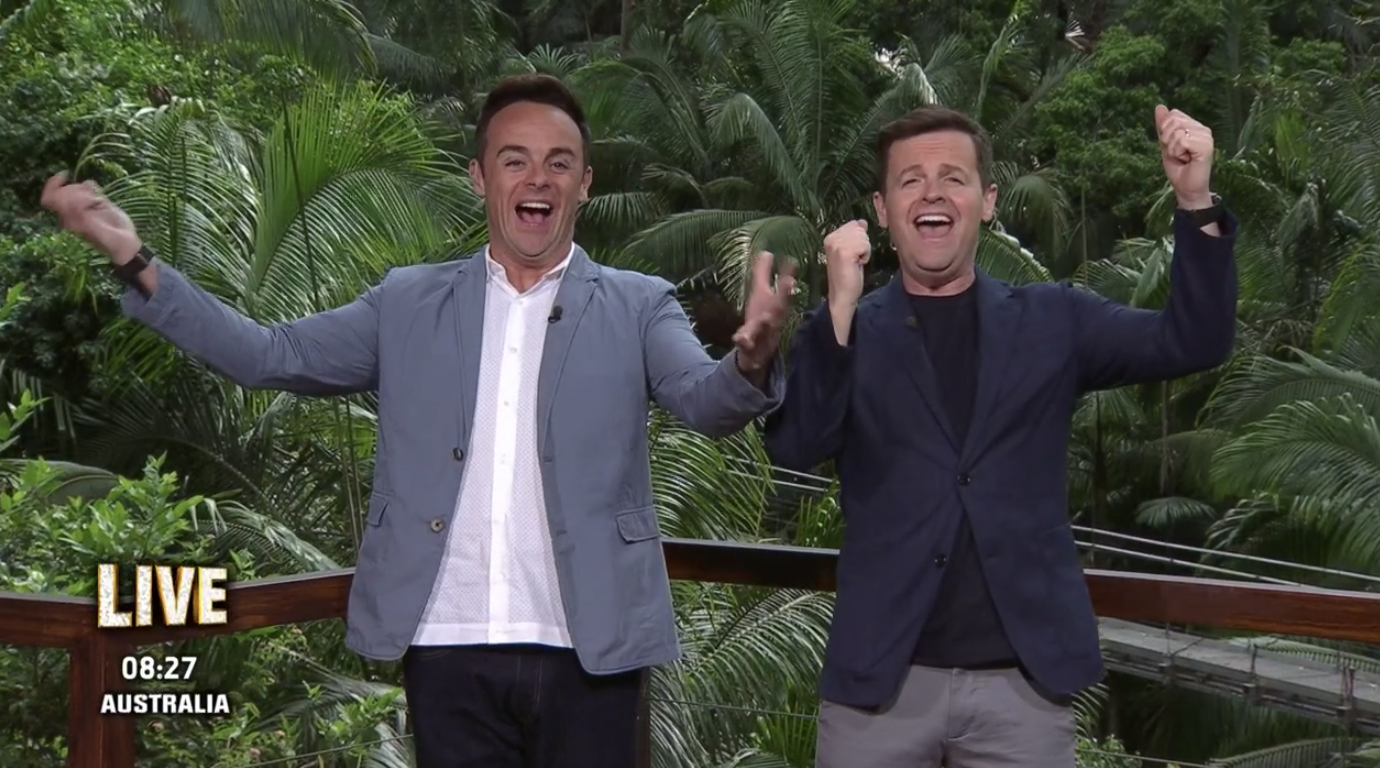 It reads: “For twenty years, you have been complicit in the ‘Bush Tucker Trials’, standing by as animals of all descriptions are tormented – and even killed – for TV ratings.

“In this time, you must surely have become aware of the suffering, discomfort, and fear that these unwilling participants endure during the challenges.

“Ostriches, crocodiles, snakes, rats, and thousands of insects have been exploited for the show’s puerile pranks – and we fear that the upcoming series will be no different.”

It also adds that that the show could come up with ‘clever and captivating tasks that harm no animals’.

The petition, which PETA claims has over 50,000 signatures, goes on to urge Ant and Dec to make the upcoming All Stars series of I’m A Celebrity their last, saying the move ‘would signal to the show’s producers that people aren’t going to stand for senseless cruelty to animals anymore and that it’s time to change’.

It concludes: “So please, hang up your hats and get yourselves out of there – for animals’ sake.”

A spokesperson for I’m A Celebrity has since responded to the petition, telling The Mirror: “We are always fully transparent about our protocols and we have a very strict environmental plan in place on the show.

“As a production, we comply with all regional and national laws concerning the use of insects, animals and reptiles.

“Welfare and safety is always the primary priority on any of our programmes, and at any Bushtucker trial that features animals, we have qualified and experienced animal handlers on site at all times. We inform the RSPCA NSW of all of our activities on the show and they have an open invitation to attend the site at any time.

“We cannot stress enough that we have rigorous protocols in place to ensure that animals are handled safely at all times, before, during and after any filming has taken place, in compliance with all regional and national laws.”

A northern housing estate became so plagued with anti-social behaviour that bus drivers were told to avoid stopping there.

Two bus routes through the Swarcliffe Estate in Leeds were cancelled earlier in the year after teenagers reportedly targeted the vehicles and passengers with stones and rocks.

In a social media statement, First West Yorkshire announced that the 40 and 56 services would be avoiding the estate in both directions, citing ‘attempted vandalism’.

The tweet thread read: “SERVICE UPDATE – 40/56. Due to attempted vandalism, we are diverting away from the Swarcliffe Estate in both directions.

“So sorry for any issues this may cause on your journey.

“This will be in place until the end of service this evening. This is for the safety of both our drivers and passengers. I am sorry for the disruption caused.”

Read More: One of the world’s deadliest snakes found on industrial estate in Salford

In a post on Facebook, Councillor Jessica Lennox, of Cross Gates and Whinmoor ward, addressed the vandalism, confirming that the 40 and 56 buses would be diverting around the area ‘as a result of some serious vandalism that took place earlier’.

Residents have previously spoken about how they ‘live in fear’ on the estate, saying intimidating anti-social behaviour is becoming worse.

One local teenager told Leeds Live of the youths who vandalised the buses: “They throw stones and break the buses whenever they come down here. I wasn’t surprised.

“Just the other day I saw three buses stopped at the bottom of the estate because they all had glass smashed everywhere. It had gone over a nearby mum and her pram.

“If you see a big group of people anywhere around here you turn around and go the other way.”

Her grandmother added: “Stones are always thrown at buses around here as there’s nothing for the kids to do… It’s really bad where big groups gather around the Co-Op.

“My grandson lives around the corner and he’s been attacked twice. We don’t really go out at night, and would use a taxi if we did. It’s not nice for the drivers or the passengers.”

Another resident, Keith Pettman, told the outlet that the estate was suffering major issues with antisocial behaviour, saying: “There’s some youths on the estate that are a little rowdy.

“They mess about with bikes and things like all bored teenagers do but I know they get in the way of buses and people.

“There’s definitely vandals around that will smash a few things up every so often. The field also gets ripped up and recently a load of dustbins got set on fire.”

England’s World Cup campaign got off to a flying start yesterday with a convincing 6-2 win over Iran.

Our Welsh neighbours – who are also in Group B with us – managed a draw with the USA, thanks to a late Gareth Bale penalty.

But goals aren’t the only thing to celebrate this World Cup, as a pub chain is giving away FREE pints to lucky fans who have one of 50 surnames.

Greene King is dishing out a free drink to anyone who has the same surname as a player in either the England or Wales squads.

If you have one of the lucky last names, you can claim a pint on the house at any point during an England or Wales game.

All you have to do is head to a participating Greene King pub with your driving licence or passport to prove your name.

Anyone with one of these 50 surnames can claim the free pint:

All you need to do is head down to your nearest participating boozer and show the bar your photo ID during any England or Wales World Cup group stage game.

You can find the nearest pub to you taking part in the offer here.

Got any room for Will?

Earlier this year it was announced that Eurovision 2023 would be held in Liverpool instead of Kiev, due to the ongoing war in Ukraine.

Following the news, all hotels and accommodation in the city quickly sold out – with many establishments dramatically increasing their prices in the process.

As such, finding somewhere to stay during the annual song contest has become nigh on impossible, even if you’re a Hollywood superstar like Will Ferrell.

Will recently appealed for help in finding accommodation for next year’s Eurovision during an appearance on BBC Radio 2 to promote his new film Spirited.

During the BBC interview, Zoe Ball mentioned how much she enjoyed the film, to which Will responded: “And it’s in Liverpool this year, isn’t it?”

After being asked if he wanted to go, he said: “You know my mother really wants me to take her to Eurovision, she’s dying to go and she’s always wanted to go to Liverpool.”

Will added: “But aren’t the hotels all booked now?”

After the comedian appealed for a spare room to stay in, Zoe said: “If anyone is willing to put up Will Ferrell and his mum in Liverpool or the Liverpool area during Eurovision.”

Will revealed his requirements: “We need a clean, tidy room. We’ll share a room – two bunk beds that’s all we need. I know we’re kidding but my mom would love that, she’d be thrilled.”

Eurovision 2023 will consist of two semi-finals on May 9th and 11th, before the final on May 13th.