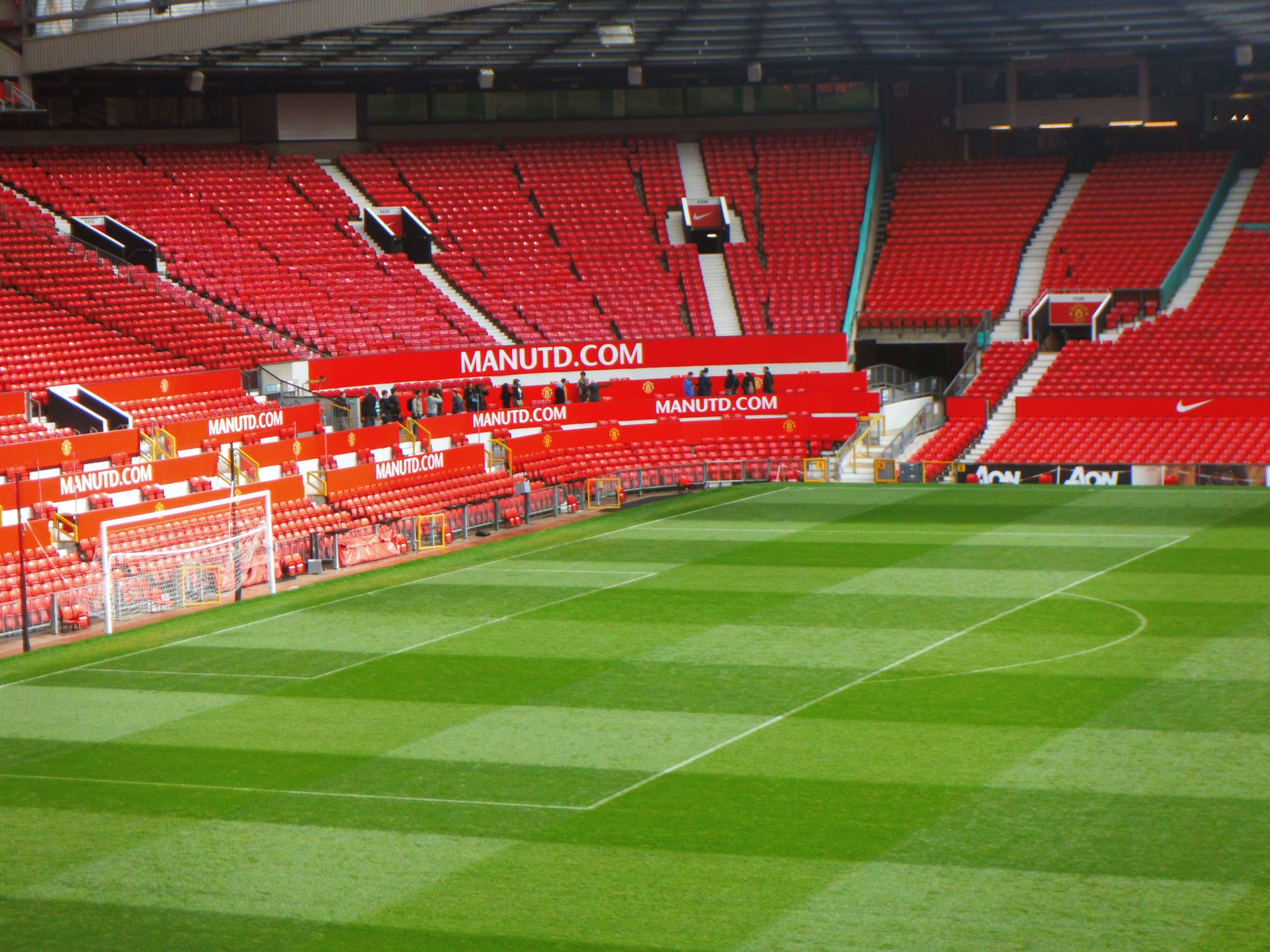 Manchester United players are set to donate 30% of their wages to the NHS, according to reports this afternoon.

They will become the first Premier League stars to take a pay cut in order to help fund our health service during this difficult time.

Some of the players are reportedly earning up to £375,000 per week, and have agreed to donate 30% of their wages this month, meaning the NHS will see millions of pounds injected into it.

The Old Trafford stars reportedly agreed to do it on the basis the money is used to directly benefit hospitals and health centres throughout Manchester.

According to Mail Online, chairman Ed Woodward approached Harry Maguire with the idea, who then took it to the rest of the senior squad – who are reported to have overwhelmingly agreed to the plan.

This comes as Health Secretary Matt Hancock urged Premier League footballers to take a pay cut to help support staff members who have been furloughed.

What a great gesture from Man Utd – it’s only a small amount of money to them, but it’ll make a huge amount of difference. 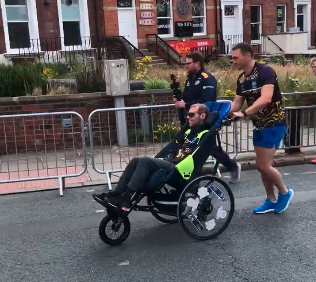 Kevin Sinfield and Rob Burrow completed the Leeds 10k over the weekend, with Sinfield pushing his former team-mate and friend in a specially-adapted wheelchair.

Burrow was tragically diagnosed with motor neurone disease back in 2019, and in the following years has managed to raise millions of pounds for charity.

The Rugby League legends joined their former team, Leeds Rhinos, to raise money for the Leeds Rhinos Foundation and the Rob Burrow Centre for MND appeal.

Sinfield said it was ‘brilliant’ to complete the course with his good friend when speaking to the media afterwards.

He told the BBC: “It’s been a while since we have been able to do some sort of running or activity.

“We have been waiting on this [wheelchair] to get delivered, it’s our first run with it today and we came 39th.

“Thankfully it stayed in one piece and hopefully he enjoyed it, I know I did.”

Sinfield added: “A lot of people were clapping, I think Rob has been such a huge inspiration to everybody that people have been really happy that we have been out on the course for it. It’s been a really nice day.”

Sinfield took charge of a team that ran seven marathons in seven days to raise more than £2.7m for motor neurone disease research back in 2020. 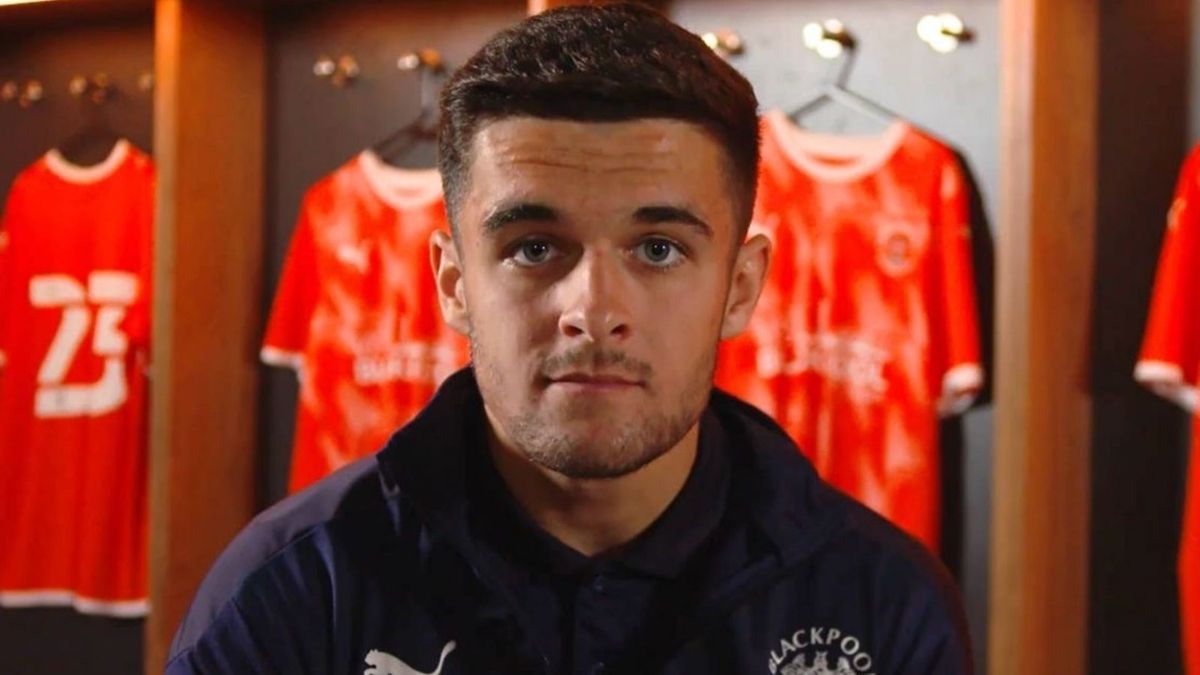 A Championship footballer has come out as gay, making him the first current professional footballer in Britain to do so.

Blackpool forward Jake Daniels, seventeen, said he has received ‘amazing support’ from his teammates after opening up about his sexuality.

In an interview with Sky Sports News today, Daniels said his original plan was to wait until he had retired before coming out, but says he felt ready to ‘be myself’ after ‘such a long time of lying’ about who he is.

He said: “But I just knew that was just such a long time of just lying and not being able to have what I want.

“For a long time I’ve thought I would have to hide my truth because I wanted to be, and now I am, a professional footballer. I asked myself if I should wait until I’ve retired to come out. No other player in the professional game here is out.

“However, I knew that would lead to a long time of lying and not being able to be myself or lead the life that I want to.

“Since I’ve come out to my family, my club and my teammates, that period of overthinking everything and the stress it created has gone. It was impacting my mental health.

“Now I am just confident and happy to be myself finally.”

Daniels said he knew he was gay at around the age of five or six, but admitted that he initially believed football and being gay didn’t mix.

He explained: “So all the way through my life I was like, ‘It’s fine, you’ll get a girlfriend when you’re older and you’ll change and it’ll be fine’.

“And as you do get older you realise you just can’t… and it’s just something you won’t be able to do.

“I’ve had girlfriends in the past to try and make all my mates think I’m straight, and it was just a massive cover-up. So it has been a struggle.”

And speaking of when he first told his teammates, Daniels said they were ‘kind of shocked in a way’ and asked why he didn’t tell them earlier.

He said: “The captain was one of the main people I told and he was just asking loads of questions about it and was like ‘I’m so proud of you’.”

He added: “Everyone has been so supportive and so proud of me and it just shows what a bond we have as a team and everyone is like a family to each other.”

Daniels is the first British male professional footballer to come out as gay since Justin Fashanu in 1990.

Former Aston Villa midfielder Thomas Hitzelsperger also came out as gay after his retirement in 2013. 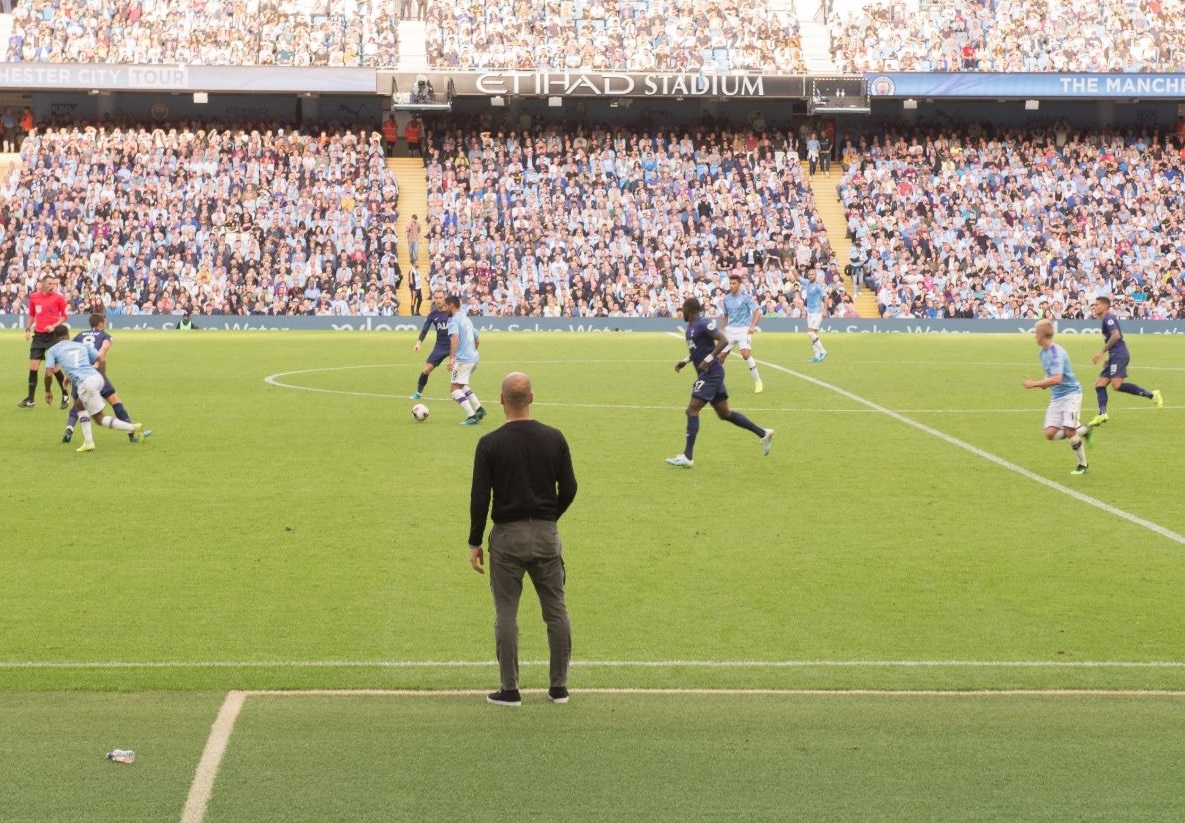 Manchester City have confirmed that they’ve reached a deal to sign striker Erling Haaland this summer.

Haaland will join City on a permanent deal from Borussia Dortmund on July 1st.

According to journalist Fabrizio Romano: “City will pay €60m [not €75m] release clause to BVB, plus commission to be added.

“His salary will be worth £375,000/week, same level as de Bruyne. Medical has been already completed.”

The club said in a statement: “Manchester City can confirm we have reached an agreement in principle with Borussia Dortmund for the transfer of striker Erling Haaland to the Club on 1st July 2022.

“The transfer remains subject to the Club finalising terms with the player.”

Earlier today City boss Pep Guardiola refused to answer questions about Haaland at a press conference, saying: “Borussia Dortmund and Manchester City have told me I am not allowed to say anything until the deal is completely done.

“I cannot talk, I am sorry. We will have time to talk.”