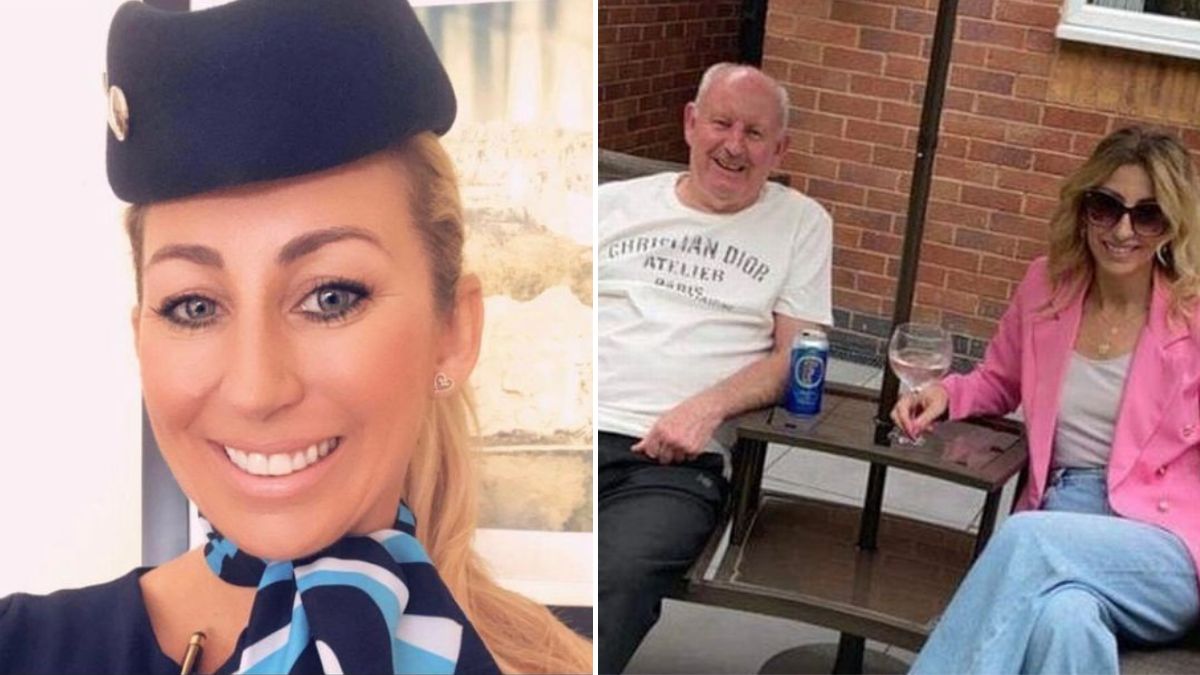 A family is heartbroken after a TUI air hostess died just weeks after her dad died suddenly at work.

Angela Courtney, 47, from Huyton in Liverpool, died of cancer after receiving the diagnosis in January 2022.

Following a number of visits to the doctor with complaints of abdominal pain and rapid weight loss, the mum was diagnosed with stage three pancreatic cancer. She was told it was terminal after a course of chemotherapy treatment.

The air hostess, described as ‘kind’, was preparing to spend one last Christmas with her family when they received the devastating news, on December 14 last year, that her dad Tony, had died. Electrician Tony, 70, suffered a heart attack at work and sadly, passed away.

Angela was moved to Marie Curie Hospice in Woolton Village, in October, where she died on January 3rd, surrounded by her family. She leaves behind her partner John and her six-year-old son, Jonny. Tony leaves behind his wife Christine Courtney, 68, and three children Tony, 49, Bootsy, 46, and Beverley, 43.

Tony and Angela received a joint funeral service at St Columba’s Church, Huyton, on January 17th. The family believes he died of a broken heart after hearing the terrible news of his daughter’s terminal cancer diagnosis.

As reported in the Echo, daughter Beverly Jeffreys said: “We kind of believe he died of a broken heart because he just couldn’t see her die. We like to take that comfort that he died before her because he couldn’t take anymore.”

Beverly added: “Angela was honestly one of the most kind hearted people, she was just a beautiful soul. Nobody could say a bad word about her. She was kind, friendly, she was funny and she just lived for her family.”

The family asked people attending the funeral to wear purple ribbons in order to raise awareness of pancreatic cancer, where £900 was raised in donations for the cause.

Now, they are hoping to have a plaque made in remembrance of their beloved Angela and Tony, with Beverly saying: “The staff at the hospice were amazing and they made her life towards the end the best it could be – she wanted for nothing.

“It’s been really awful. I’m the youngest of four, I’ve got two brothers and Angela, we’ve got a big family and we all just need to be there for my mum.

“When dad died everyone’s focus went on Angela because I had to go and tell Angela in the hospice and that was horrific. She was heartbroken.

“She was crying saying, ‘all I wanted was a nice Christmas.’ It was really, really sad,” she said.

Paying tribute to her dad, Beverly added: “Tony touched a lot of lives through his work as an electrician and had many loyal customers who have written cards to his family since his sudden death. Beverley said: “He was a workaholic. He loved his job and he was so funny, so straight forward.

“He was one of those guys who would always do you a favour. He was a hardworking dad and grandad.”