Metrolink will be running a trial next month to allow dogs on trams for the first time in its history.

Dogs have been prohibited from trams since Metrolink’s launch in 1992, with the company stating on its website that only service animals trained to assist people with disabilities are permitted.

Large pets are banned from trams, while small pets are only allowed if enclosed in a ‘properly ventilated carrying case’ that can be held on a passengers lap or stored safely under a seat. 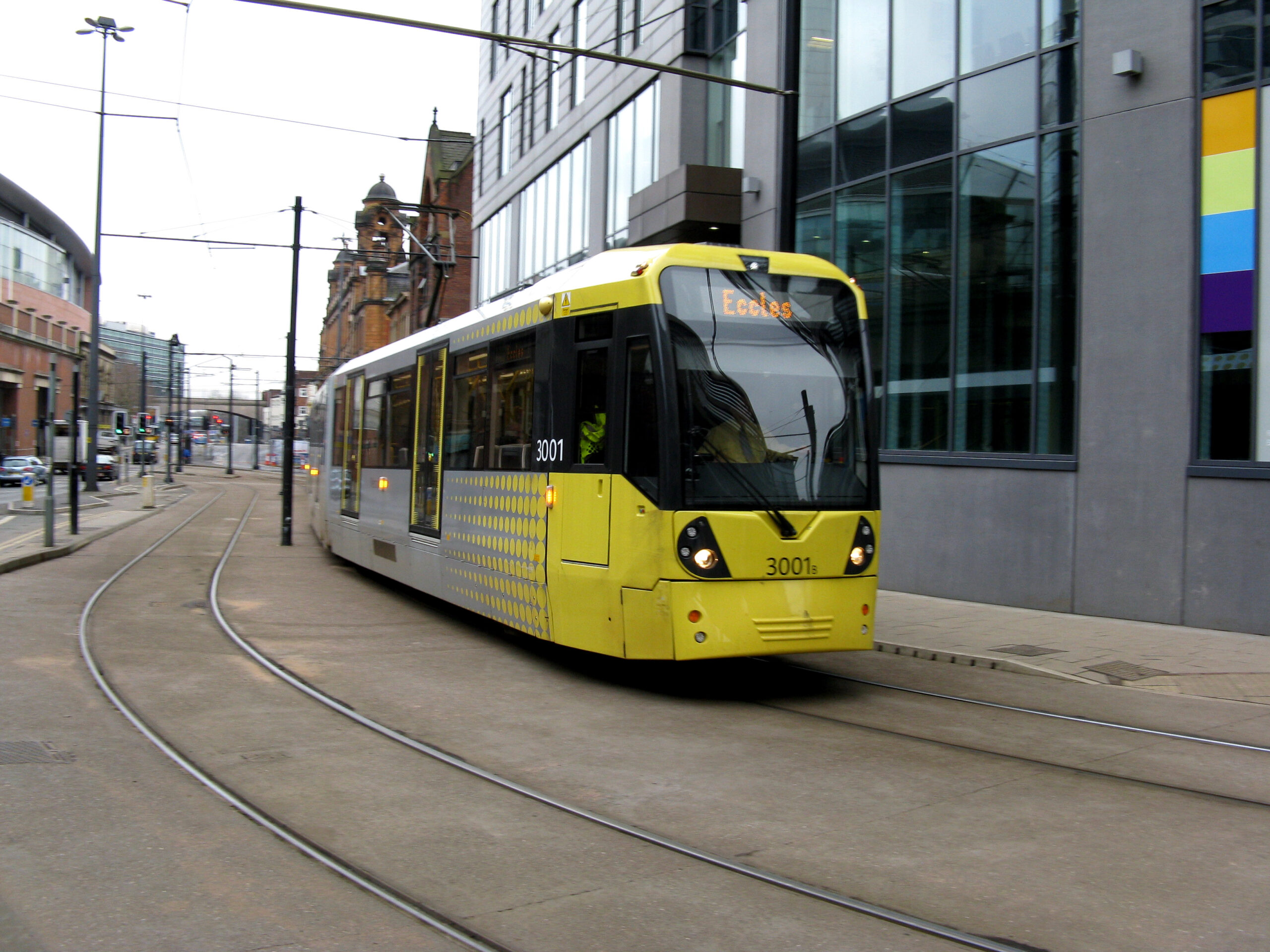 But now, a new pilot scheme will begin in August in which all dogs will finally be permitted to join their owners on the services, Andy Burnham has confirmed.

A spokesperson for Transport for Greater Manchester (TfGM) said earlier this year that they are working closely with the mayor to introduce the scheme at some point.

And now Burnham has confirmed the trial will be taking place next month. He was asked on Twitter by Labour councillor Fianna Hornby: “Any news on when dogs (and bikes) will be allowed on the Metrolink as part of the trial?”

He replied by saying ‘dogs on trams trial starts next month’, before clarifying that it will begin in ‘early August’.

Allowing dogs on the tram was one of Burnham’s key manifesto pledges in his bid to take up the position of Manchester metro mayor.

Danny Vaughan, TfGM’s Head of Metrolink, said in April: “A pilot scheme allowing non-assistance dogs on Metrolink was a manifesto commitment made by Greater Manchester mayor Andy Burnham, and we are currently working with the mayor’s office to explore the possibility of running a pilot scheme on the tram network later this year.

“The details of the pilot, such as when it will take place and for how long, have yet to be confirmed, but further information will be released when these details have been finalised.”

However, when Metrolink ran a similar trial to allow dogs on trams back in 2015, it was unsuccessful.

As part of the trial, TfGM carried out a number of customer surveys and a public consultation to gain a perspective on Metrolink users’ thoughts on the issue.

From this, it was concluded that non-assistance dogs would not be allowed to travel on the Metrolink, with TfGM citing ‘key risks’ that raised concern over the safety of passengers and welfare of dogs.

The Labour party has pledged to bring the nation’s railways back into state ownership if it wins the next general election.

Haigh added that the government’s ‘disastrous rail system’ has ‘catastrophically failed us all’ and turned railways into a ‘cash machine for companies and foreign governments’.

She cited the recent Avanti West Coast disruption as an example, slamming it as ‘the worst performing operator in the country’ over its long delays and service disruptions.

During its conference, the party also promised a recruitment drive for thousands more NHS doctors, nurses and midwives by reversing the Conservative party’s abolition of the 45p tax rate for top earners.

The scrapping of the 45p tax rate – which is paid for by those who earn over £150,000 a year – has received huge backlash from both Labour and Conservative MPs, many of whom say the move is only set to benefit the wealthy.

Shadow Chancellor Rachel Reeves said the billions of pounds saved on reversing this cap would deliver ‘one of the biggest expansions of the NHS workforce in history’, instead of handing financial rewards to the UK’s top earners.

She announced that under Labour’s plan, the money saved would pay to double the number of district nurses qualifying every year, train 5,000 more health visitors, and create an extra 10,000 nursing and midwifery each year.

She also said that the number of medical school places would be doubled from 7,500 to 15,000 to ‘make sure that everyone who wants to train as a doctor in Britain can’.

Reeves said: “Our priority is not tax cuts for the wealthiest few – it is securing our public finances and investing in our public service.

“I can tell you: with a Labour government, those at the top will pay their fair share. The 45p top rate of income tax is coming back.”

Boy, 15, arrested after teenage boy stabbed to death outside school

He’s the second person to be arrested

A teenage boy has been arrested following the murder of a 15-year-old on Wednesday.

The suspect, also 15, was picked up by police after student Khayri McLean was stabbed to death in Huddersfield.


He has now been arrested in connection with the murder.

He’s the second person to be arrested as police investigate Khayri’s death outside his school.

West Yorkshire Police said: “Police investigating the murder of 15-year-old Khayri McLean in Huddersfield have arrested a second youth in connection with the incident.

“Officers from West Yorkshire Police’s homicide and major enquiry team (HMET) are continuing to conduct enquiries into the death of Khayri, who died after being stabbed on Woodhouse Hill, Huddersfield, on Wednesday.”

Chancellor Kwasi Kwarteng gave his first mini-budget in the House of Commons this morning.

He began by discussing the government’s plan to support people with the cost of energy, including freezing domestic bills at £2,500 and giving out the £400 rebate.


Kwarteng said he believes the UK needs a ‘new approach for a new era’ to achieve growth of 2.5%, saying the three important parts of his mini-budget are reforming the economy’s supply side, tax cuts and a responsible approach when it comes to public finances.

He revealed that benefit claimants will see their benefits reduced if they do not fulfil their job searching commitments.

Kwarteng also confirmed that the cap on bankers’ bonuses will be scrapped, following reports that he would make this one of his first moves.

As well as that, the planned corporation tax increase has been cancelled, and will remain at 19%, with the Chancellor also setting out a series of tax cuts for businesses.

This includes tax cuts for businesses in designated tax sites for 10 years, accelerated tax reliefs for buildings, and no business rates to pay for newly occupied business residences.