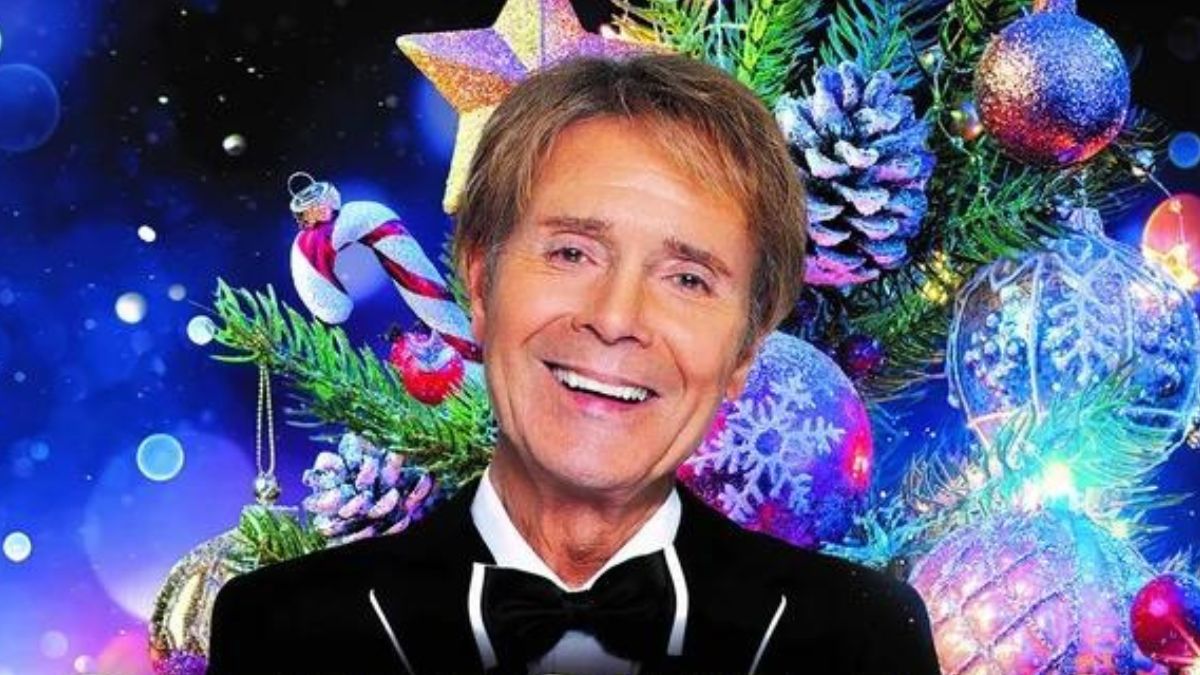 The eighty-one-year-old already has a number of festive smash-hits under his belt, including ‘Mistletoe And Wine’, ‘Saviour’s Day’ and ‘The Millennium Prayer’.

And while his last Yuletide album ‘Cliff At Christmas’ was released nineteen years ago in 2003, Sir Cliff is evidently ready to get back into the Christmas spirit with the arrival of his brand new festive album.

‘Christmas with Cliff’ will be released on November 25th, and will feature a mix of old Yuletide classics and some new tracks. The singer will be ‘bringing together an album of classics’ with his latest music venture, including songs like ‘It’s The Most Wonderful Time Of The Year’, ‘Sleigh Ride’, ‘Joy To The World’, ‘When A Child Is Born’, ‘Jingle Bell Rock’ and more.

New songs on the album include ‘First Christmas’, ‘Six Days After Christmas (Happy New Year)’, and ‘Heart Of Christmas’.

Sir Cliff said of being back behind the mic: “I have always loved being in recording studios ever since Studio 2, Abbey Road, in 1958.

“I recorded this album in Criteria Studios in Miami, Florida – 4,427 miles away from Abbey Road – and once again I felt that I was in a world of my own. 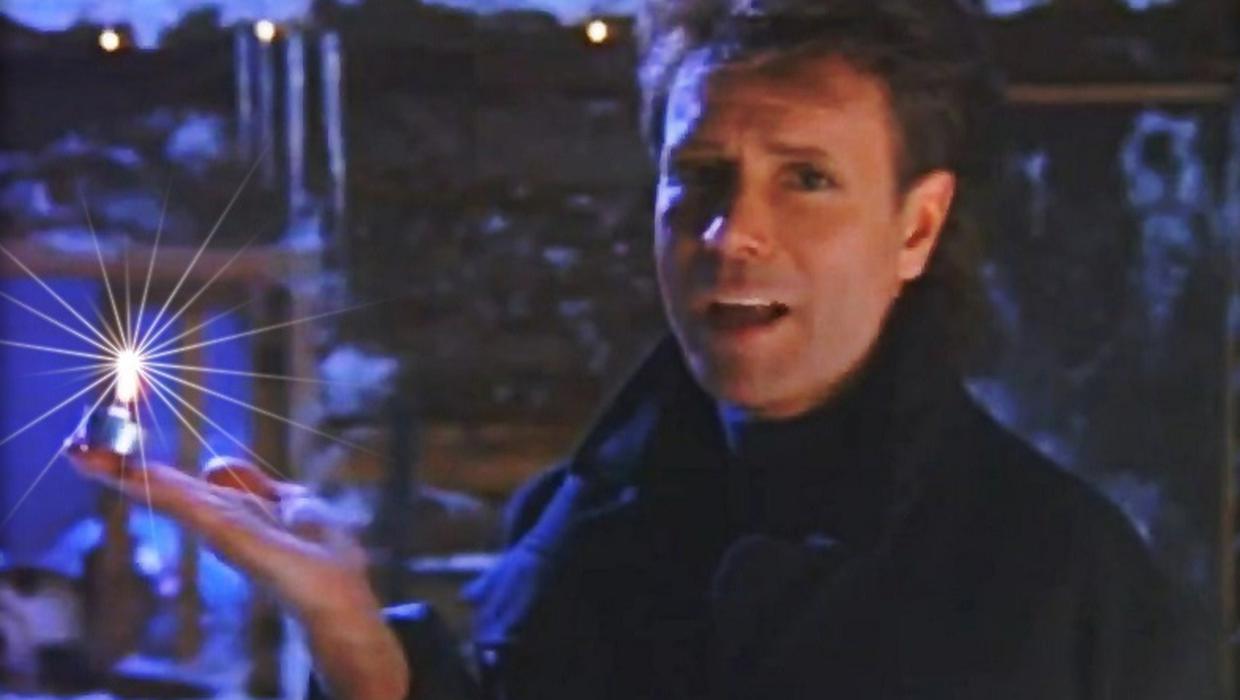 “I had the help of two producers, Sam Hollander and Chris Walden. They guided me through the ‘well known’ Christmas songs and freed me to sing them my way.”

And hinting at something a little different, the singer added: “They had differing approaches to the songs that I asked them to produce for me, and they gave this album the dynamics that I had hoped for.

“This album is not just mine – it belongs to all of us involved in creating it, and I hope that we add a little something special to your Christmas season.”

Christmas With Cliff will be on sale from November 25th.

‘It’s a pleasure and privilege to give some assistance to a young musician.’ 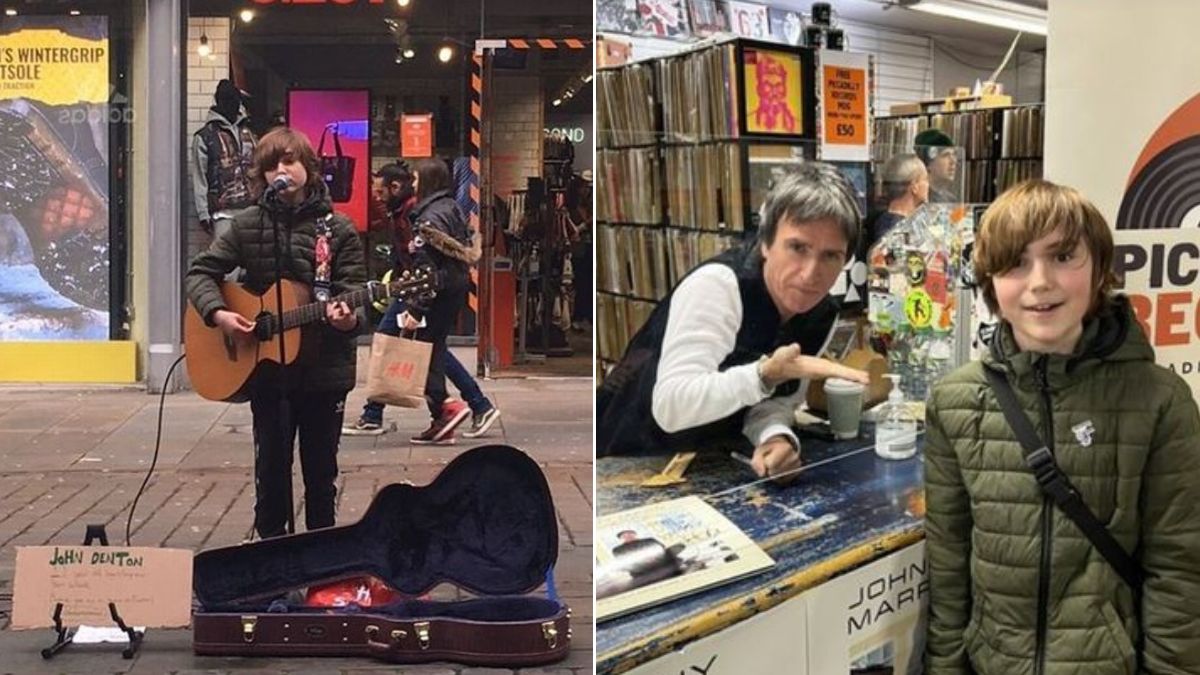 Music legend Johnny Marr has helped a 12-year-old boy from Salford to achieve his dream of following in his footsteps after he won The Salford Foundation Trust Johnny Marr award.

John Denton, 12, began his music career busking on the rainy streets of Manchester city centre and became quite a sensation on social media through videos of him performing on Market Street.

The ambitious lad has already held a gig at the iconic Salford Lads Club — where The Smiths posed outside for an album cover photo in 1985.

With a little help from the guitar hero, John is hoping to make it in music as the next Marr. He he told the Manchester Evening News: “I’d love to be the next Johnny Marr and just keep going to see where music can take me.

“It all started when my dad took me to a birthday party for one of his friends, and there was a karaoke machine. People were singing Highway to Hell by AC/DC.”

“I went home and just listened to them over and over and it all came from there. I started singing, took guitar lessons and then did my first gig at a coffee shop in Eccles when I was nine, where I also sang two of my own songs,” he added.

Now the former member of The Smiths is helping young John to kick start his career. John was selected for funding by the charity The Salford Foundation Trust, which operates the Johnny Marr Award to support talented youngsters in the city. He has been awarded £1,000 funding to pay for extra singing and guitar lessons to help him perfect his performances.

John and Johnny have already met once before – when John chatted to him at a record signing event at Manchester’s Piccadilly Records for the release of Johnny’s new album ‘Fever Dreams Pts 1-4’, where he asked him for advice about forming a band.

John has since gone on to form his own group called ‘The Height’ – named after Irlams o’ th’ Height, an area in Salford near where he lives – and the group released their first single just before Christmas.

He was selected for the award by a panel at the Salford Foundation Trust, a local charity which supports talented young people in the city. The Johnny Marr Award will run for three years, selecting another young musician from Salford each year for financial assistance.

His dad Phil said: “John’s ambition is to have a career in music. He will be using the funding to have music lessons to help both his guitar playing and his singing. In these tough times it’s a massive help and means that he can progress in his passion.”

“Music is not a hobby for John but just who he is and a creative outlet he hopes to enjoy for the rest of his life. He is incredibly grateful to Johnny and the Salford Foundation Trust who have provided this opportunity. It is a real privilege to get this award and he is determined to make the very most of the opportunity he has been given,” he added.

Johnny said: “It’s a pleasure and privilege to give some assistance to a young musician especially when they’re as dedicated as John. Well done brother.”

Peter Collins CBE, from The Salford Foundation Trust, said: “There couldn’t be a more worthy recipient of the Johnny Marr Award. Even though John is only 12 he’s already proven he’s committed to making a future in music and we’re delighted the Trust can give him a helping hand on this journey.”

‘Google it…Just put in Liam Gallagher, you’ll probably see a picture of me.’ 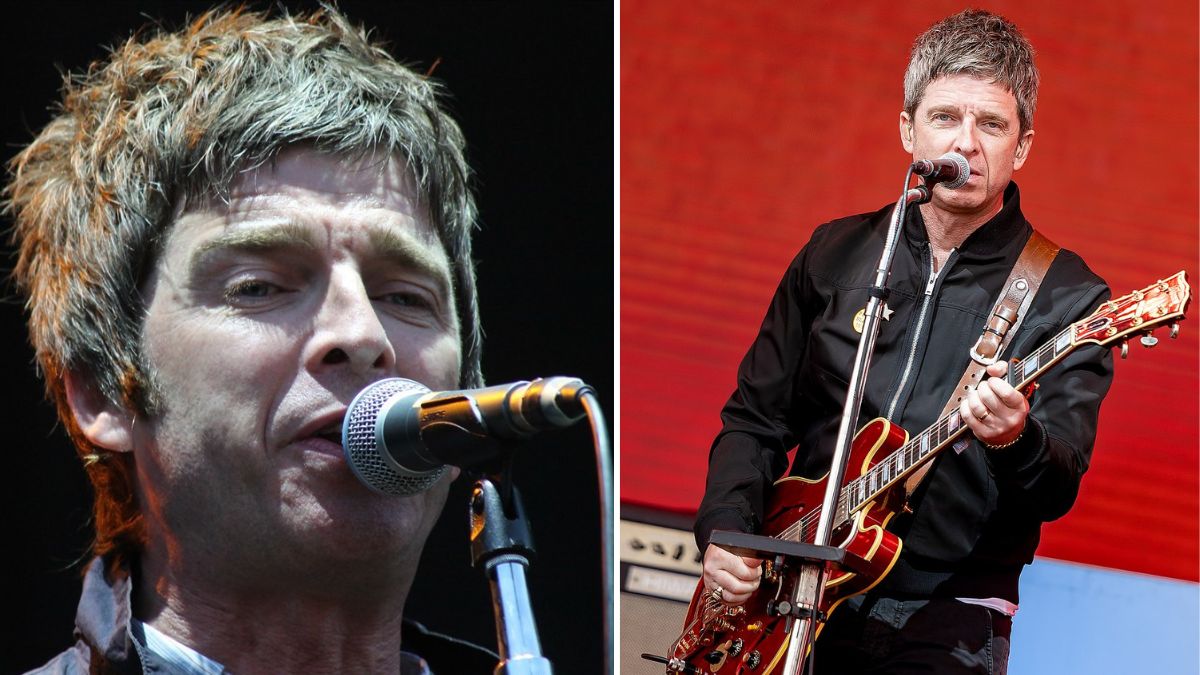 Noel Gallagher said he was left speechless after a girl at a bar didn’t recognise him and asked what he did for a living.

Sharing his love for going out and socialising, the Mancunian indie-rockstar went on to talk about an incident where he was chatting with a young woman at a bar who asked him ‘what do you do?’.

The singer-songwriter said: “Somebody asked me in the Firehouse the other night, ‘what do you do?’ And I was like…I didn’t know what to say.”

Presenter Dave Berry exclaimed: “Well what do you say to that, Noel?”

Noel continued: “Well, I didn’t know what to say because I’d never been asked before. I was like really? I change people’s lives for the better.”

The young woman, still not recognising him, asked: “Oh, you’re in the medical profession?” To which Noel replied: “Of sorts.”

Talking about the interaction, Noel said: “I was gobsmacked…I was like, ‘look, Google it, love…just put in ‘Noel Gallagher’, ‘High Flying Birds’, owt you want.”

He then added: “Put in ‘Liam Gallagher’, you’ll probably see a picture of me.”

The former Oasis member then went on to talk about the current debate surrounding Nepotism babies, and opened up about his next album.

He’ll perform the record in a number of outdoor UK headline gigs this summer. You can purchase tickets here.

And it’s all for a good cause 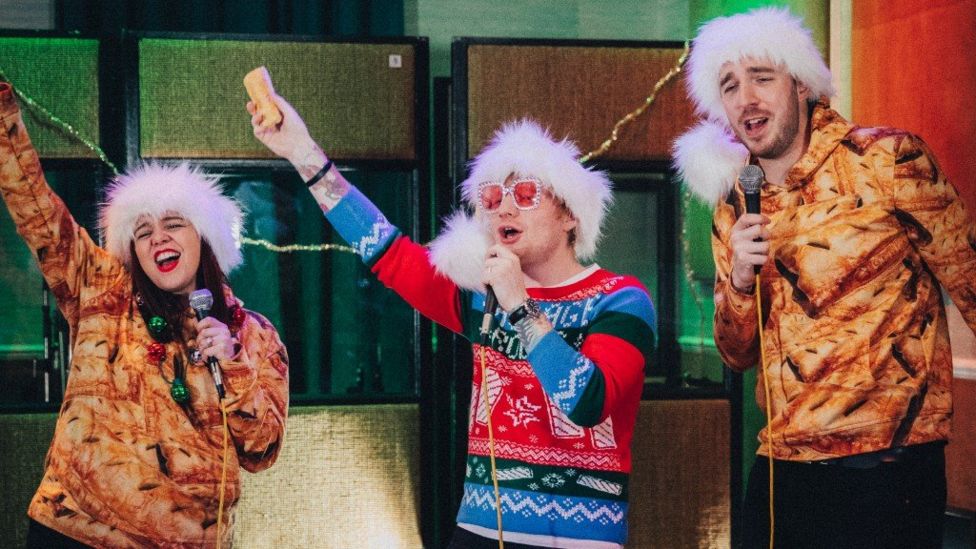 LadBaby has announced that they are releasing a fifth Christmas song, and they’ve got a very special guest this time round.

The YouTube stars are aiming to bag an unprecedented fifth Christmas number one single in a row, releasing a cover of Band Aid’s 1984 track Do They Know It’s Christmas.

The duo, Mark and Roxanne Hoyle, will be raising money for the Trussell Trust to help those affected by the cost of living crisis.

And finance expert Martin Lewis will be joining them on the track, as well as some ‘icons from the music industry’ who haven’t been revealed yet.

LadBaby made chart history during the last festive period with their fourth consecutive UK Christmas number one, a collaboration with Ed Sheeran and Sir Elton John called Sausage Rolls For Everyone.

Mark and Roxanne said: “We never intended to release a fifth Christmas single but as ambassadors of the Trussell Trust we were not prepared to sit back and do nothing in a year when people are struggling more than ever.

“So, a few months ago we approached Bob Geldof and Midge Ure and the Band Aid Trust to ask permission to rework the most iconic Christmas track of all time, Do They Know it’s Christmas. And we were truly honoured when they said yes!”

You can now pre-order the single, with it being officially released this Friday, December 16th – all proceeds will be shared between food bank charity the Trussell Trust and the Band Aid foundation.