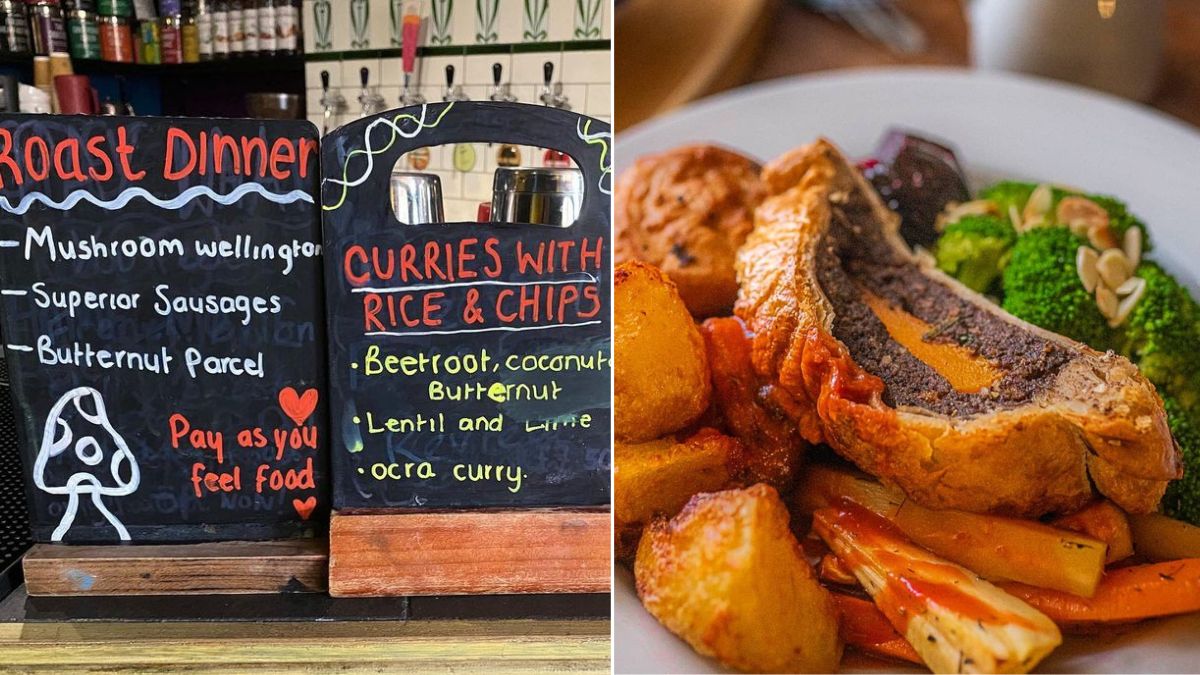 A restaurant in Manchester has launched a ‘pay as you feel menu’ to ensure everyone can enjoy a meal out during the cost of living crisis.

The Gherkin in Levenshulme serves a hearty plant-based menu consisting of breakfasts, seasonal sandwiches and Sunday Roasts, all while taking a focus on the environment and its local community.

Back in March, the restaurant’s owner Jamie Whittaker flew out to Ukraine on a humanitarian outreach mission to help the country’s refugees following Russia’s invasion.

Upon his return, Jamie decided to start offering free meals for Ukrainians fleeing the war in Manchester every Monday, giving them the opportunity to enjoy the simple pleasure of eating out. 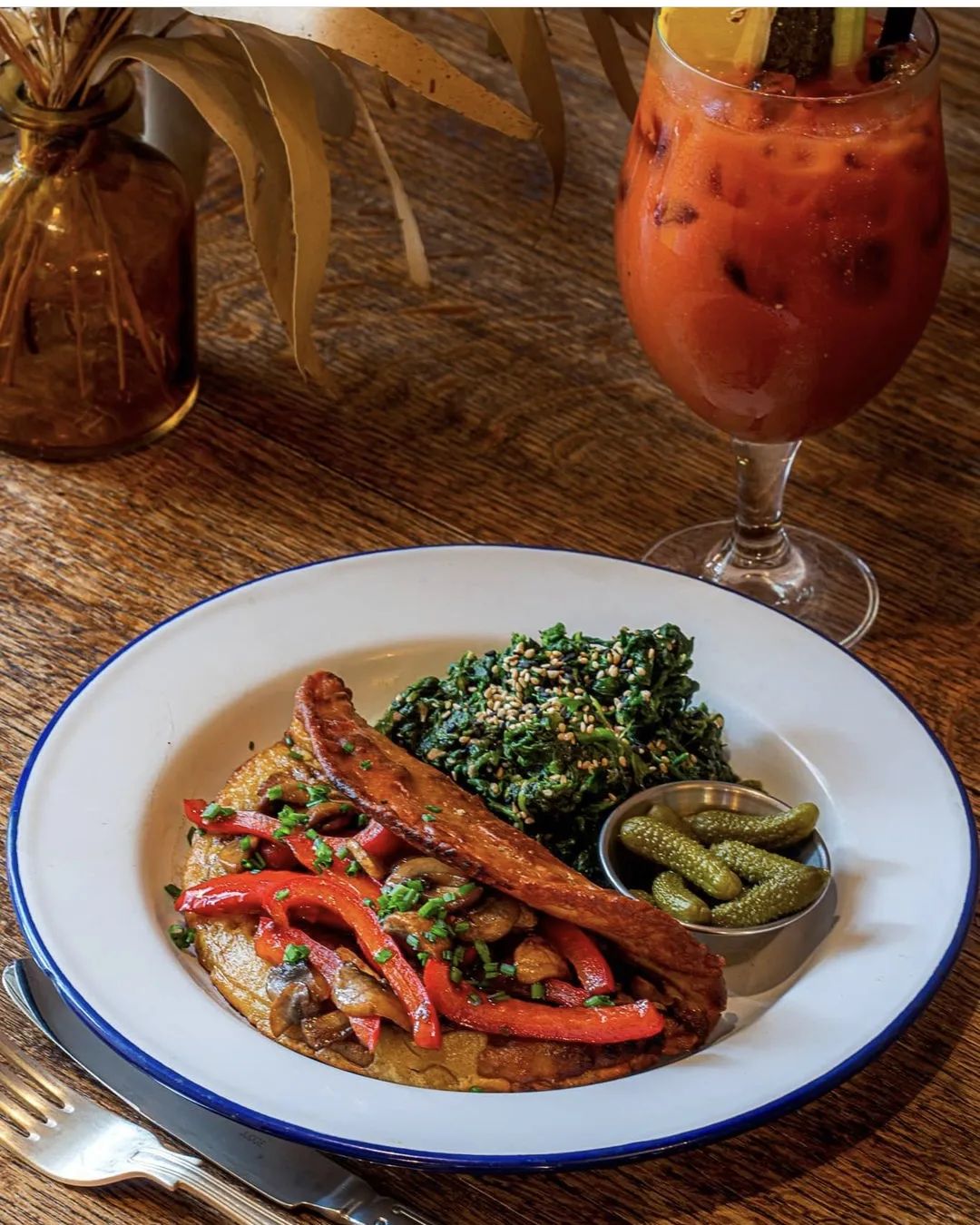 And now, Jamie has transformed the Monday offering into a ‘pay as you feel’ evening.

While refugees will still dine for free, locals can come and enjoy a set menu of six to seven dishes – featuring meals such as the Sunday roast, a variety of curries, salads and The Gherkin’s famous burgers – all for whatever they can afford at the time.

Diners will also have the option to pay forward for food or donate cash to the restaurant, to ensure the business won’t lose out on a big portion of its earnings.

The restaurant has also introduced its ‘Kindness Kabinet’, which encourages visitors to donate whatever they can to others in need, whether it be money, clothes, books or toys. 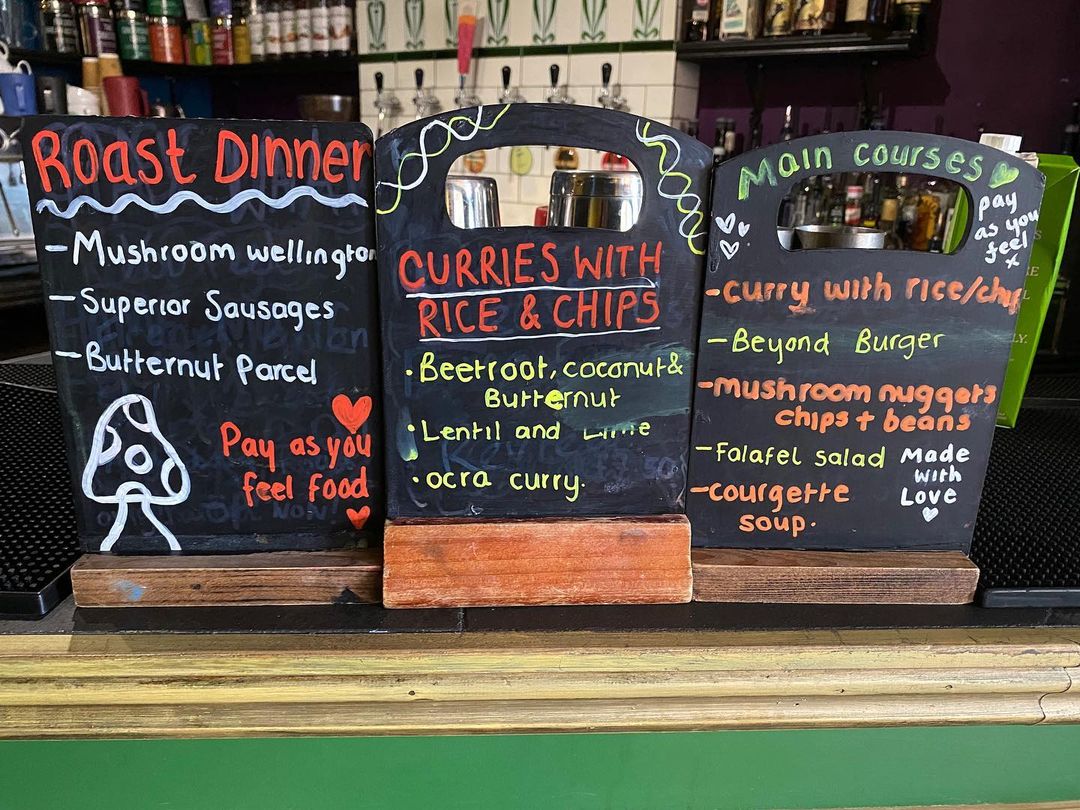 Jamie said of the new menu: “The main reason we’re doing this is to help the community out, but it also means that we waste less produce, too.

“A lot of people are struggling at the moment, especially with the rising cost of energy bills and I want to make dining out accessible to everyone in the community, not just those who are more privileged.”

He added: “We wouldn’t turn anyone without cash away on a Monday for food. Some customers have paid extra and offered to buy anyone a drink or food. We’ve done this often since opening.”

Jamie and the team at The Gherkin plan on running their Pay As You Feel menu for the foreseeable, so make sure to follow their Instagram page for news and menu updates.

‘Wine is not necessary for flavour if your ingredients are good.’ 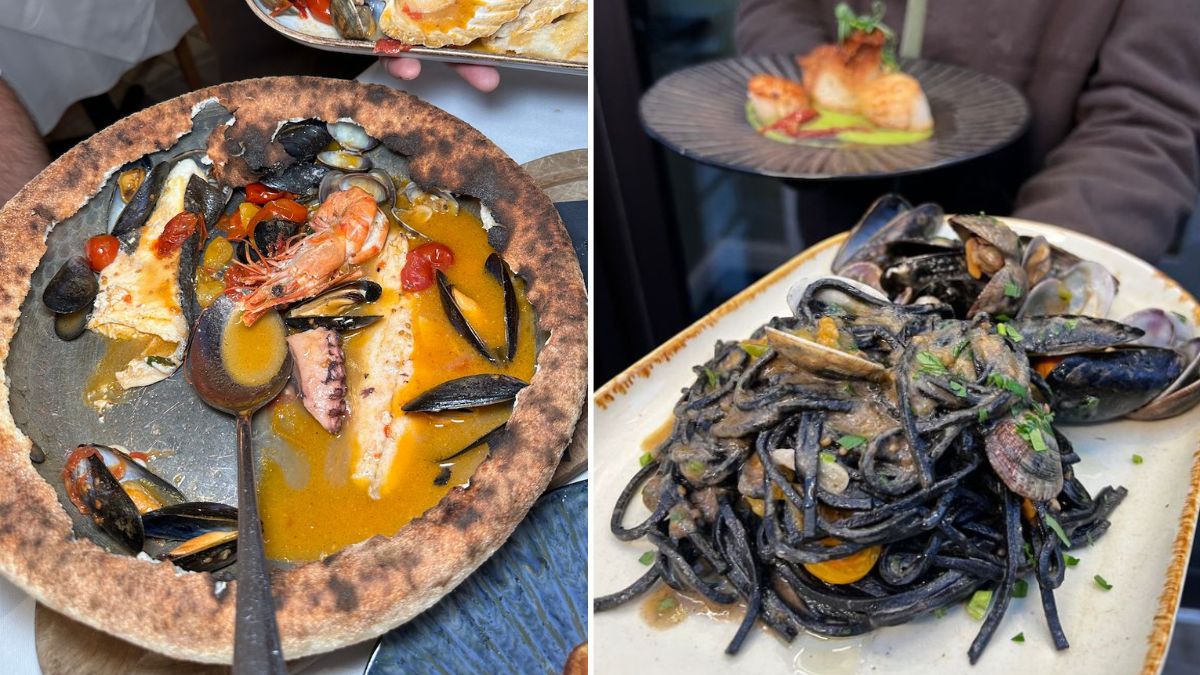 An Italian restaurant in Worsley has been keeping customers hooked for more of its authentic fish and seafood dishes.

Vesuvio, on Simpson Road in Boothstown, is a hidden gem amongst an ordinary shopping parade. Set back off the main road and nestled in with a bookies, a corner shop, a Chinese takeaway and an Indian restaurant, you could easily miss this little slice of Neapolitan heaven.

Childhood friends, co-owners and chefs Nico Vanacore and Guiseppe Lombardo, opened their Italian restaurant almost 10 years ago as it quickly erupted and became popular among locals ever since.

“We are very big on fish,” chef Nico Vanacore says, as the menu shows a selection of seafood dishes including, swordfish, cuttlefish spaghetti, mussels and octopus mayonnaise – amongst other oceanic delights.

Born in Naples, the pair followed in the footsteps of both of their dads, who were also chefs, and started their culinary journey working in Nico’s uncle’s restaurant back home. The friends have been cooking together since they were 10 years old. Fun fact: they even went to school with Gino Di Campo.

On how they keep their customers hooked , Giuseppe says: “We change the specials all the time. It’s a residential area so we have a lot of regulars who come on a weekly basis.

“If you come two weeks in a row, probably you’ll find mussels or scallops but done in a different way each time.”

Guiseppe came to Manchester in 1994 and began working at Tiggi’s in Preston before cooking at San Carlo’s in Manchester city centre. He and Nico later launched their very own restaurant Vesuvio to be closer to their homes in Worsley, with the idea that they would be able to spend more time with their families, and do the school runs as they’re closed in the mornings.

The duo are hands-on and get stuck in with the day-to-day running of things, taking it in turns cheffing in the kitchen at the rear, and running the ‘front of house’. The only time they get a proper rest is on a Monday but they love what they do, so they don’t seem to mind – although they joke that their wives sometimes complain that they are married to the restaurant.

Giuseppe explains they use fish stock for the base of many dishes but never add wine, saying: “Wine is for drinking, not cooking. Catering school taught us that if the fish is good and fresh you eat it the way it is, without embellishment. Wine is not necessary for flavour if your ingredients are good.”

Standing out amongst the dishes, much like the great Mount Vesuvius, is their famous, Mixed Vesuvio — a traditional meal of Naples. This is a hot pan of fish and seafood in a broth, topped with a pizza base for a lid, which absorbs all the flavours of the sea — great for tearing and sharing. This fragrant steamy dish makes an excellent feature for friends and families to enjoy whilst also sampling some more of Naples’ authentic cuisine.

Also on the menu is Vesuvio’s frittelle which is an indulgent fritter of pasta with pecorino cheese sauce, roasted ham and peas battered and deep fried until crisp. On the streets of Naples, you will find these in a cone along with deep fried courgette flowers, hunks of fish and calamari.

As well as rolled swordfish fillets stuffed with iron-rich Italian broccoli leaves (cime di rapa), scamorza (smoked mozzarella), anchovies and juicy tangy tomatoes. Unlike other more delicate fish dishes, this one socks you with a LaMotta-worthy flavour punch. And for those who fancy some meat, there’s the tender melting beef cheek reclining on a rich stock-based sauce.

As the drink is as important to Italian’s as their food is, this restaurant also boasts a selection of Neapolitan wines, and you can finish off your Mediterranean visit with some deep fried ravioli filled with chocolate and a glass of grappa to ‘blow the doors off’. 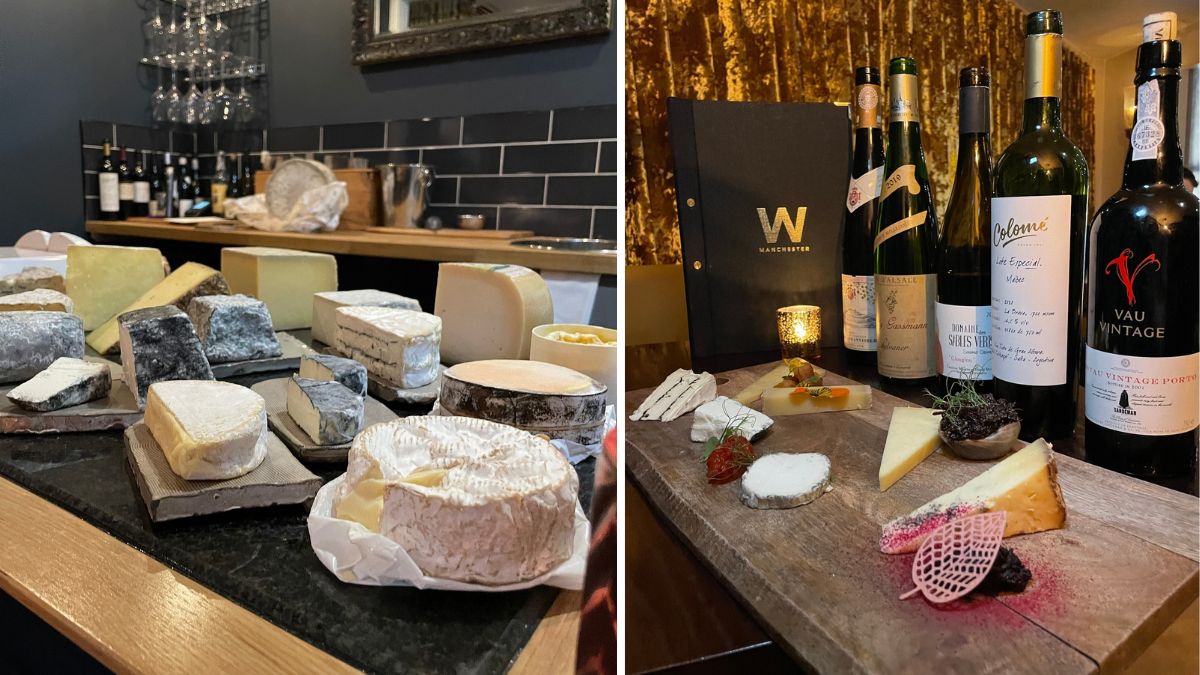 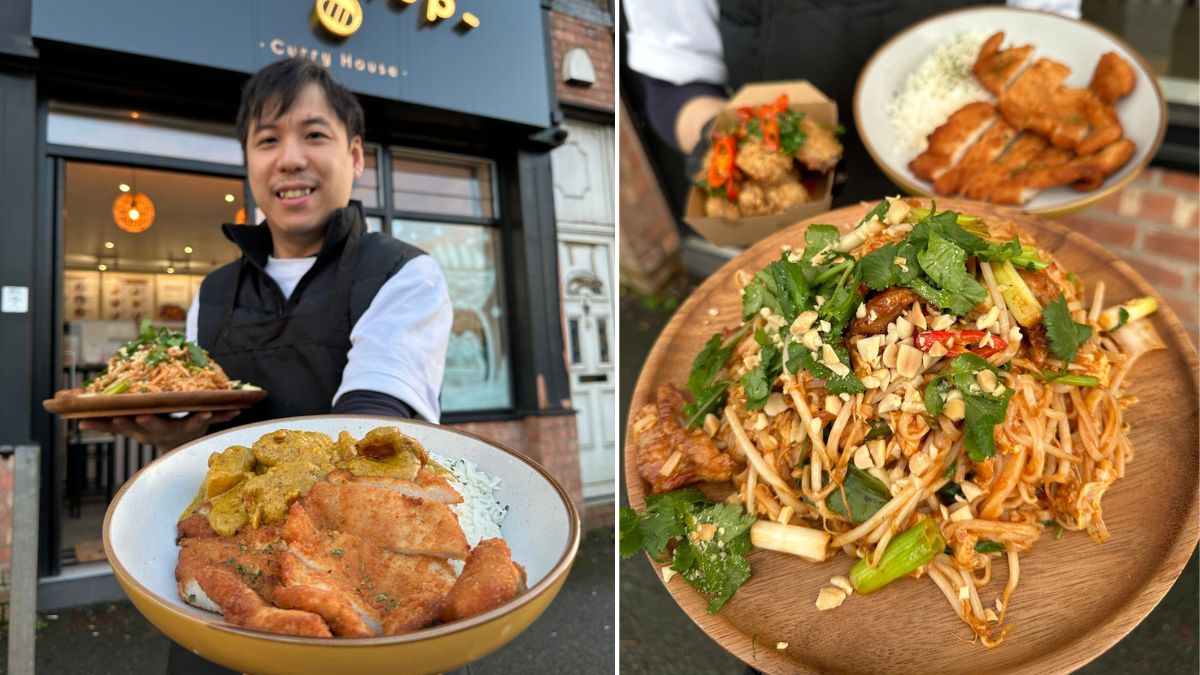 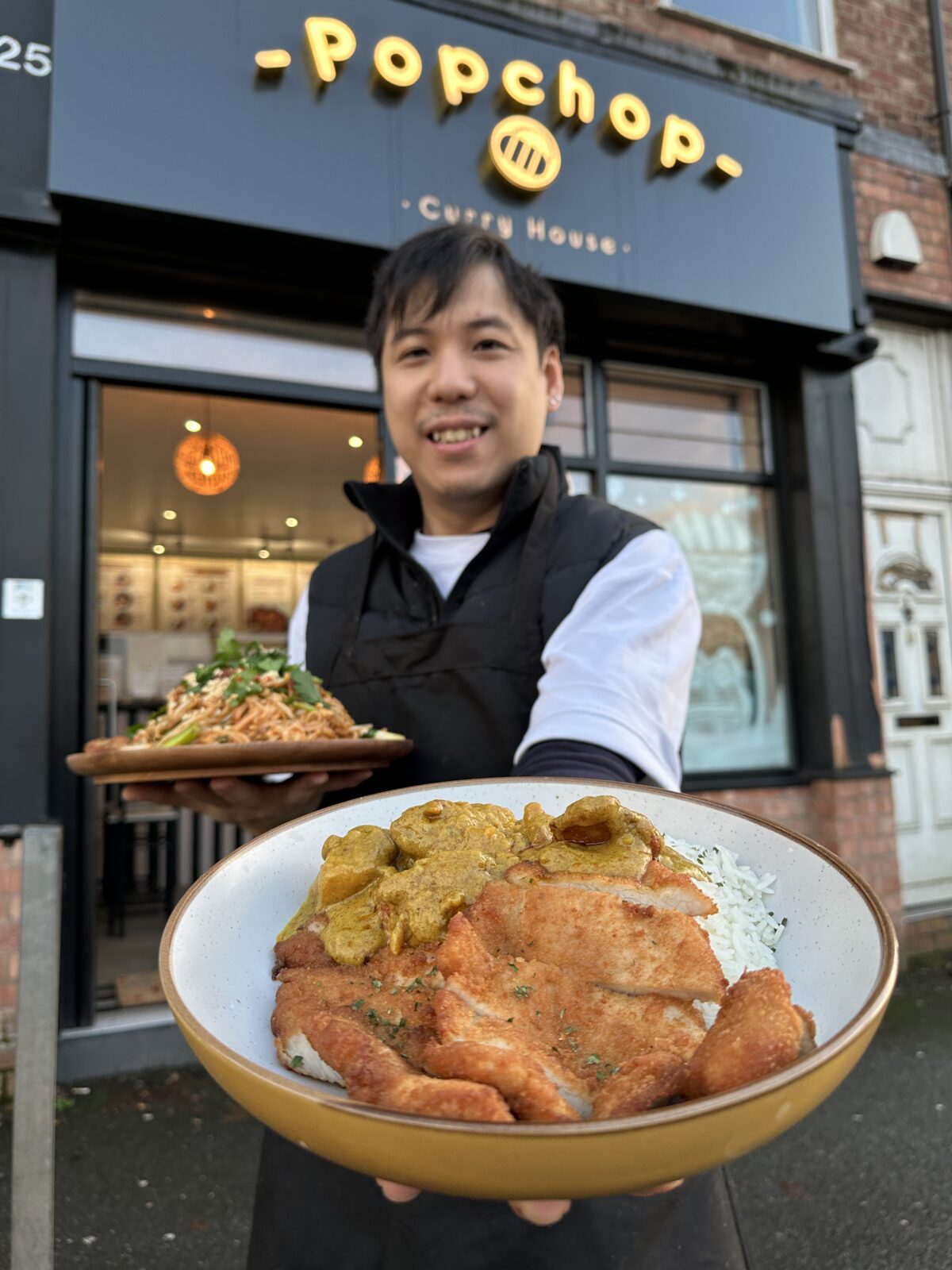